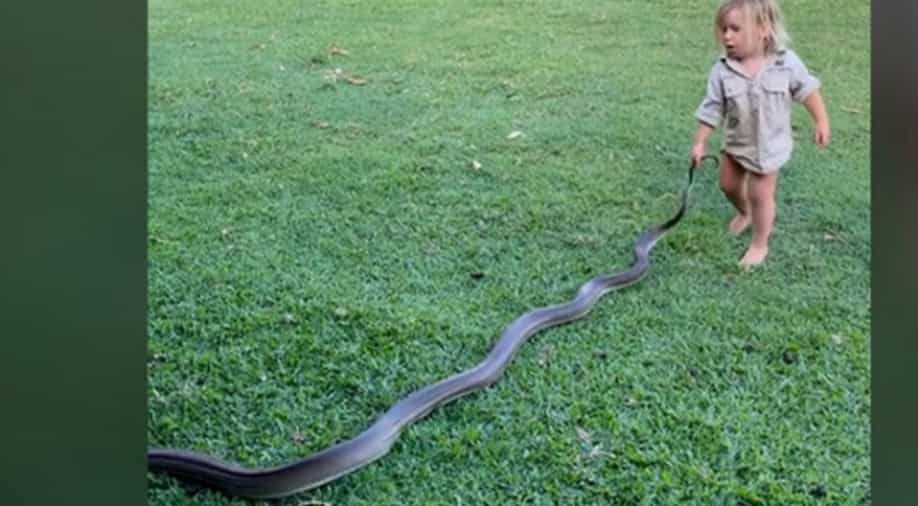 In the video that Matt shared on Instagram, the toddler can be seen pulling the snake with no fear. “Learning the ropes,” the caption said

Australia's crocodile hunter Wrangler Matt Wright shared a video of his two-year-old son helping him move a huge snake out of their garden.

In the video that Matt shared on Instagram, the toddler can be seen pulling the snake with no fear. “Learning the ropes,” the caption said.

“Pull him out buddy, pull him out. Pull him over to the bushes,” Matt told his son. He further said “Oh no. “Watch out, he'll bite you. You've got to go for the tail."

Since uploaded, the video has garnered over 380,000 views.

The video has divided the internet. While few are in awe of the toddler's bravery, others argue against it. "Normally i love your videos but i’m not a fan of this behavior. No need to stress the animal just for an Instagram video", wrote an Instagram user.

Also read | UK woman sues a wedding venue for £150,000 after breaking her elbow on dance floor

Another person wrote, "He reminds me of Steve Irwin, a legend".

While speaking to Daily Mail Australia, Matt said he knows the limits and the dangers of the animals he gets close with.

"There is a certain point, the animals react to certain pressure points, and you need to know them for their reaction," he was quoted by The Daily Mail.

"You can be around them all day but you've got to know your limit."