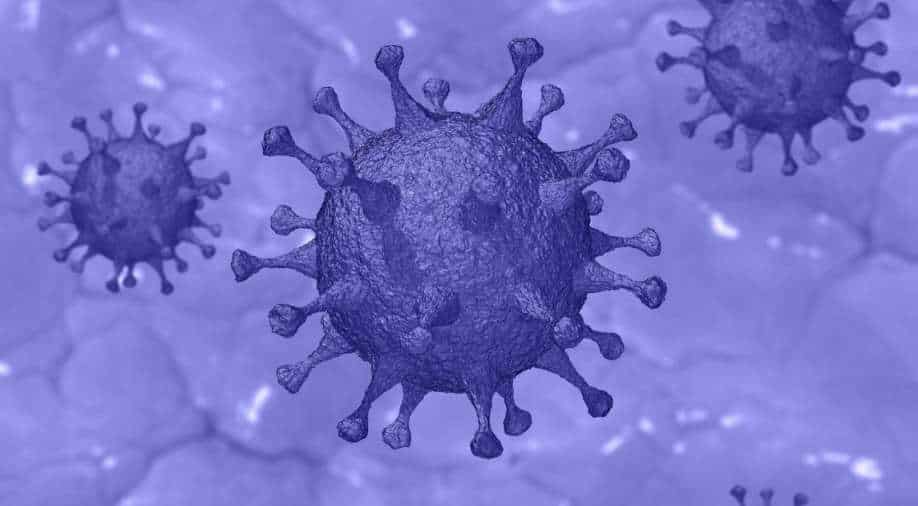 COVID-19 in India. Photograph:( Others )

A recent study, which was published in the Journal of Exposure Science & Environmental Epidemiology, states that people are most likely to contract COVID-19 from air particles.

According to the study, the scientists from the University of Michigan in the United States collected air and surface samples in the period between August 2020 and April 2021 from different locations around them like classrooms, gyms, cafeterias, air ducts, activity buildings and buses.

Also read | If Roe vs Wade is overturned, abortion pills may become the new debate

"The risk of surface transmission was 1,000 times lower than airborne transmission," Chuanwu Xi, a professor at the University of Michigan, said according to a report on Associated Press.

"We also found that the total case number of campus was significantly higher in weeks with positive environmental samples than in non-positive weeks," Xi added in the official statement.

While carrying out tests on the collected samples, the researchers found that the positivity rate for air samples was 1.6 per cent while for the surface samples, it was 1.4 per cent.

Also read | Scientists find proof of 'extraterrestrial photosynthesis'. Here's what it is, how it can help us

It also found that while the probability of infection is around 1 per 100 exposures in case of inhalation, it falls drastically to 1 in 100,000 when it affects the human body from touching a contaminated surface.

"Our results are a valuable addition to our understanding of infectious diseases and mitigation efforts during this pandemic and can help prepare us for future outbreaks of respiratory diseases with similar transmission mechanisms," said Rick Neitzel, a part of the University of Michigan study.