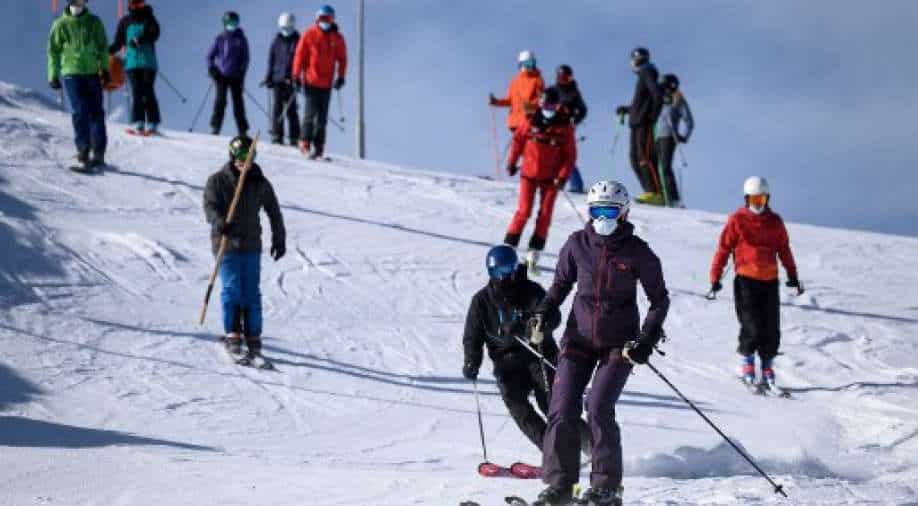 Germany has been battling the virus as German and foreign holidaymakers flock to Bavaria over the winter break to enjoy the ski slopes.

As the death toll due to coronavirus continues to rise in Europe, the UK government said Travellers to England from abroad could face a shorter spell in quarantine from mid-December ahead of Christmas.

Britain has been hit by a second wave as PM Johnson announced harsh measures to combat the crisis with cases spreading in northern England with the reopening of schools in early September. Britain is the hardest-hit country in Europe with 55,000 deaths.

Germany has been battling the virus as German and foreign holidaymakers flock to Bavaria over the winter break to enjoy the ski slopes.  Bavarian premier Markus Soeder urged ski slopes to be closed amid a surge in virus cases.

In Poland, the government decided to reopen the ski slopes but only for locals especially in the southern region which is famous for the sport.

"There is indeed talk here about the possibility of opening the ski slopes, but I'd say these ski slopes are rather for people living nearby than for people who would like to go on vacation," Health Ministry spokesman Wojciech Andrusiewicz said.

Poland has been hit hard with the virus in recent months registering 900,000 cases as the country struggles to combat the virus.

In Switzerland, several ski resorts which had shut in the spring have been banking on tighter precautions as businesses hope a return to tourism during the winter.

As the virus continues to spread, the World Health Organization(WHO) said not to have a family gathering was the "safest bet" during Christmas as several governments across Europe issued stay-at-home orders and closed businesses heading into Christmas holiday.

"The question is: have you got the disease under enough control to start with, and can you allow people a little bit more freedom over the Christmas period which generates a sense of confidence and joy in the community, which people need right now, without letting the virus let rip again," Michael Ryan, the WHO's emergencies director, said.

"Each government will have to decide on its policy, based on those trade-offs between the epidemiologic risk versus the economic and social risk of continuing to have people in restricted situation over a holiday period," Ryan added.