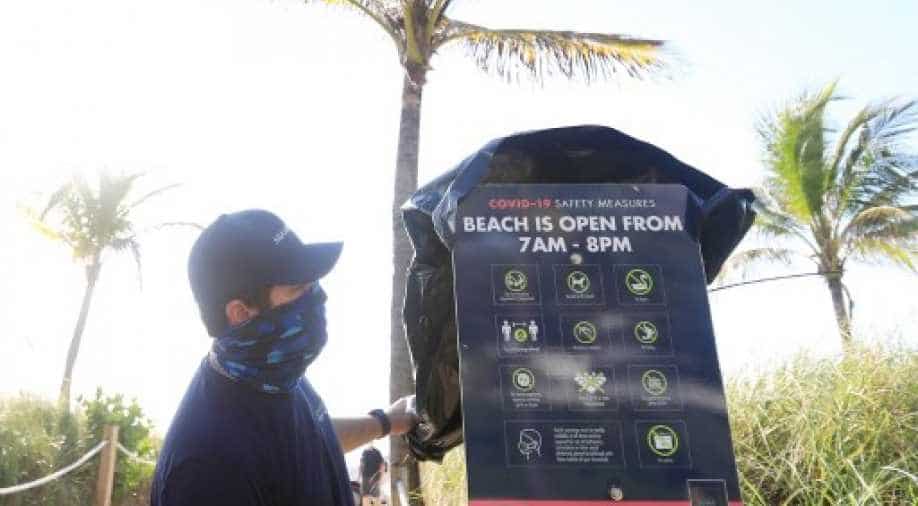 According to Reuters' analysis, if Florida were a country, it would rank fourth in the world with the most new cases in a day behind the United States, Brazil and India.

Florida has recorded over 15,000 new cases in the past 24 hours on Sunday. The massive surge was witnessed a day after Walt Disney World in Orlando reopened and anti-mask activists held a rally at a nearby restaurant.

According to Reuters' analysis, if Florida were a country, it would rank fourth in the world with the most new cases in a day behind the United States, Brazil and India.

Earlier, New York set a record by reporting 12,847 new cases on April 10, but this record was shattered after Florida reported 15,000 cases on Sunday.

This is the fourth consecutive day that the country has reported more than 60,000 cases.

While there is an alarming rise in coronavirus cases in the country, US President Donald Trump is asking schools to reopen claiming that online teaching has been unsuccessful.

"Now that we have witnessed it on a large scale basis, and firsthand, Virtual Learning has proven to be TERRIBLE compared to In School, or On Campus, Learning. Not even close! Schools must be open in the Fall. If not open, why would the Federal Government give Funding? It won’t!!!," he re-tweeted his tweet from July 10.

However, students, parents, school authorities and health experts are opposing this proposal by Trump. The health experts seem to believe that the students will be exposed to the virus if the schools restart.