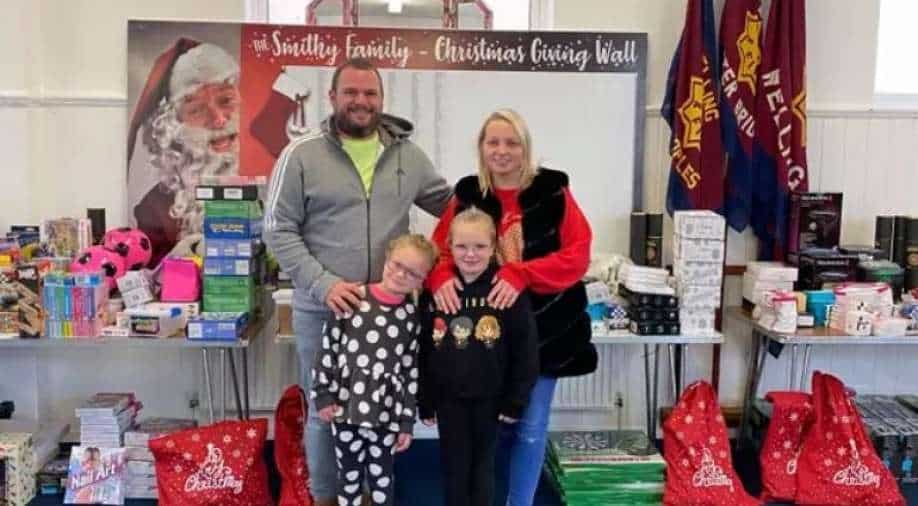 Nick Smith and his family (Courtesy: Nick Smith) Photograph:( Others )

The couple, who run the popular TikTok channel The Smithy Family, initially decided to buy 60 gifts for Christmas for needy people but were surprised to see how people supported their efforts

Nick Smith and his partner Jess, who intended to bring some joy for people in need this Christmas, will now deliver happiness to a lot more people than they expected.

The couple, who run the popular TikTok channel The Smithy Family, initially decided to buy 60 gifts for Christmas for needy people but were surprised to see how people supported their efforts.

"It's more the fact that everyone has come together and done this - that's what has got us," said Nick to LADbible.

Nick added that he was amazed by the support they received at a time of coronavirus pandemic, adding that people who have been hit are the ones who donated.

"That part of it is what makes it so amazing. It makes us feel so proud of everyone who has got involved," he said.

The gifts are all brand-new and ordered via Amazon to Nick's address, from where they will go to the Salvation Army distribution centre, 48 hours quarantine before being sent off to various branches.

However, the Smiths aren't done yet as they hope to double the donations before December 7, the closing date.

"There's going to be thousands of people this year who are going to struggle or have nothing this Christmas and I just want to put the call out to anyone who thinks they can help," he added.