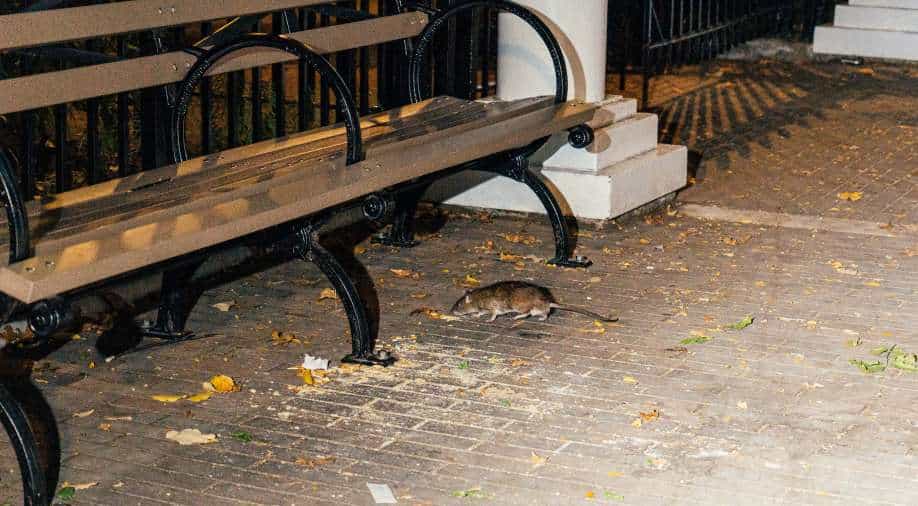 The Italian-made battery-operated device, which wouldn’t look out of place in the MoMA design store, is a new development in controlling New York’s four-legged foes

Casa La Femme, an upscale Egyptian restaurant in the West Village, has an elaborate outdoor dining shed with a trellised canopy, embroidered gold curtains, seats with fringed pillows and now, nearby, a high-tech rat trap.

Anastasios Hairatidis, one of Casa’s owners, had learned about the contraption — a mod-looking device about 2 feet tall, housed in a plain green metal box — from his business partner. He then watched a video on the website of the company that leases them, Rat Trap Distribution, and ordered one immediately, installing it last week.

“Usually we procrastinate,” he said. But considering the increase in rodent sightings around the city, he said, and the chatter about dining sheds making the matter worse, he decided to act fast. “It’s really for the community,” said Hairatidis, who is also a landlord nearby.

The Italian-made battery-operated device, which wouldn’t look out of place in the MoMA design store, is a new development in controlling New York’s four-legged foes. They’ve also caught the attention of Mayor-elect Eric Adams. In a radio interview this fall, he called the traps “amazing” and vowed to explore deploying them across the five boroughs once he is officially leading City Hall.

Besides its innovative design and noxious chemicals, the rat trap also has a secret weapon: Oreo cookies. “Peanut butter Oreos are the best,” said Jim Webster, Rat Trap Distribution’s director of operations, while installing the contraption outside of Casa La Femme.

The scent of the cookies, crumbled and placed in the top compartment of the two-part trap, along with sunflower seeds, acts as a lure. For a week or so, rodents will be free to crawl through the device’s holes and snack as much as they want.

Once the rats become regulars and “get comfortable,” Webster said, the device will be turned on, and a platform will drop them into the lower part of the contraption, which serves as a catch basin not unlike a dunking tank at a carnival booth.

Webster emptied four jugs of a mysterious blue “proprietary” formula into the bottom part of the machine. He said the formula was mostly alcohol and had vapors that “knock the rat unconscious.” He topped the solution off with sunflower oil to “eliminate odor” from decomposition.

Not everyone is a fan of these methods, though. People for the Ethical Treatment of Animals, or PETA, prefers rodent control that focuses on garbage cleanup and sealing entry points, “not finding new ways to torment and kill small animals who are simply trying to live their lives, just like any other New Yorker,” the organization said in a statement.

Rat Trap Distribution was founded in 2019 by Pat Marino, a resident of Yonkers, in Westchester County. He had no background in pest management but he had heard about the Italian product and saw a business opportunity. He became the sole U.S. distributor for the manufacturer, boned up on rat stats — two of them can produce 15,000 descendants in a year, according to National Geographic — and opened an office in Maspeth, Queens.

“I became a ratologist,” he said.

Yonkers now has a contract with Marino’s company, which leases the devices for $250 a month. Inquiries in New York, mostly from real estate management companies, picked up this fall, he said. So far, 150 to 175 of his traps have been installed in the city, from Williamsburg to West Harlem.

Servicing the traps, covered in the rental costs, includes double-wrapping and disposal of the carcasses.

For new clients, the hardest part is the waiting period before the device gets turned on, Marino said. “They want to see instant results.”

Uptown, at a development on West 90th Street, several traps were installed in August and hundreds of rats had been captured since then, the property manager said.

However, she could not say that she had noticed a difference in the rat population around the complex, because she’s still seeing the creatures everywhere.