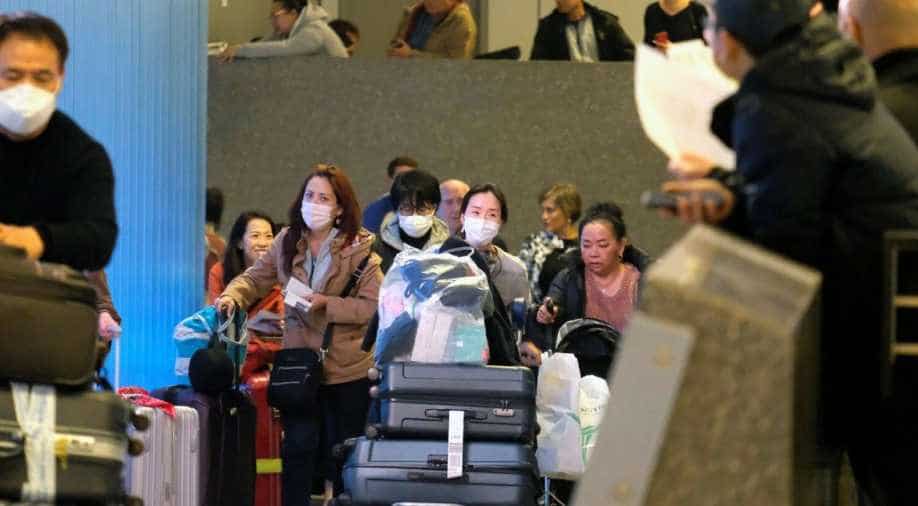 Three people in France have been diagnosed with the coronavirus. The French health minister has said that more cases are likely due to the open borders in Europe.

Coronavirus has been spreading fast and generated an atmosphere of fear. Authorities in several nations across the world are working towards controlling the outbreak.

The total number of cases outside Mainland China is now 60, with 16 places reporting cases of the virus. Germany has now confirmed its very first case of the virus.

The person from Germany's Starnberg region and he is being kept in the isolation ward. Germany is the second European country to be affected by the outbreak.

Three people in France have been diagnosed with the coronavirus. The French health minister has said that more cases are likely due to the open borders in Europe.

Cases have previously been confirmed in Illinois and Washington state. All of them include people who had recently travelled to Wuhan.

Canada has now confirmed its second case of coronavirus. The wife of the man who is presumed to have been Canada's first case has been infected.

The man in his 50s recently flew from Wuhan to Guangzhou in China and then on to Toronto. Australia too confirmed five cases of the coronavirus.

Prime minister Scott Morrison has said in a statement earlier that it was "Expected that Australia would see cases of the virus,".

Sri Lanka has also reported its first case of the novel coronavirus. Sri Lanka's health ministry has said the country's health facilities are prepared to handle the situation.

Vietnam has so far confirmed two cases of the virus. An infected man from Wuhan travelled to Ho Chi Minh City earlier this month also passing the virus on to his son.

Cambodia's health ministry reported the country's first case of the virus. The 60-year-old man arrived from Wuhan and is now stable in an isolation room.

The city-state of Singapore announced 4 cases. Malaysia is another country that has now reported cases of coronavirus for the first time.

All 4 who tested positive are Chinese nationals from Wuhan who were holidaying in Malaysia.

Japan confirmed four cases, a Chinese national from Wuhan who was visiting during the holidays.

South Korean media has reported the country's fourth case.All three men and a woman travelled to the country from Wuhan.