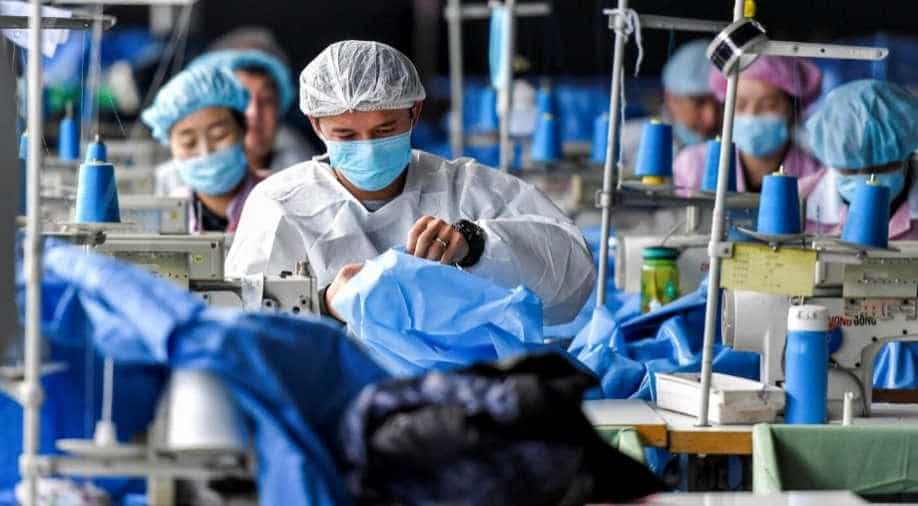 The fake image which is actually of a modular apartment building in Qingdao, China, were posted by the official Twitter handles of People's Daily which is a state-run media organisation.

Amid the coronavirus outbreak in China, state media and officials triggered an outrage on social media as they posted fake image while claiming it to be the newly constructed hospital building in Wuhan city, the epicentre of the deadly virus disease.

The fake image which is actually of a modular apartment building in Qingdao, China, were posted by the official Twitter handles of People's Daily which is a state-run media organisation. 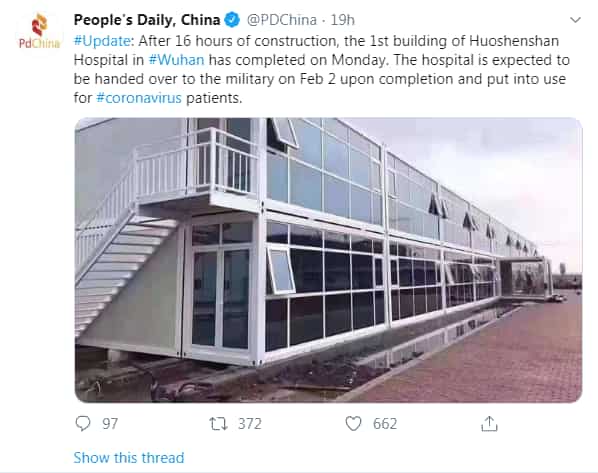 Lijian Zhao, deputy director-general of the information department in the Chinese Ministry of Foreign Affairs also posted the same image, while hailing the Beijing's success.

The Global Time, another Communist Party outlet, published a story on its website with the same photo. 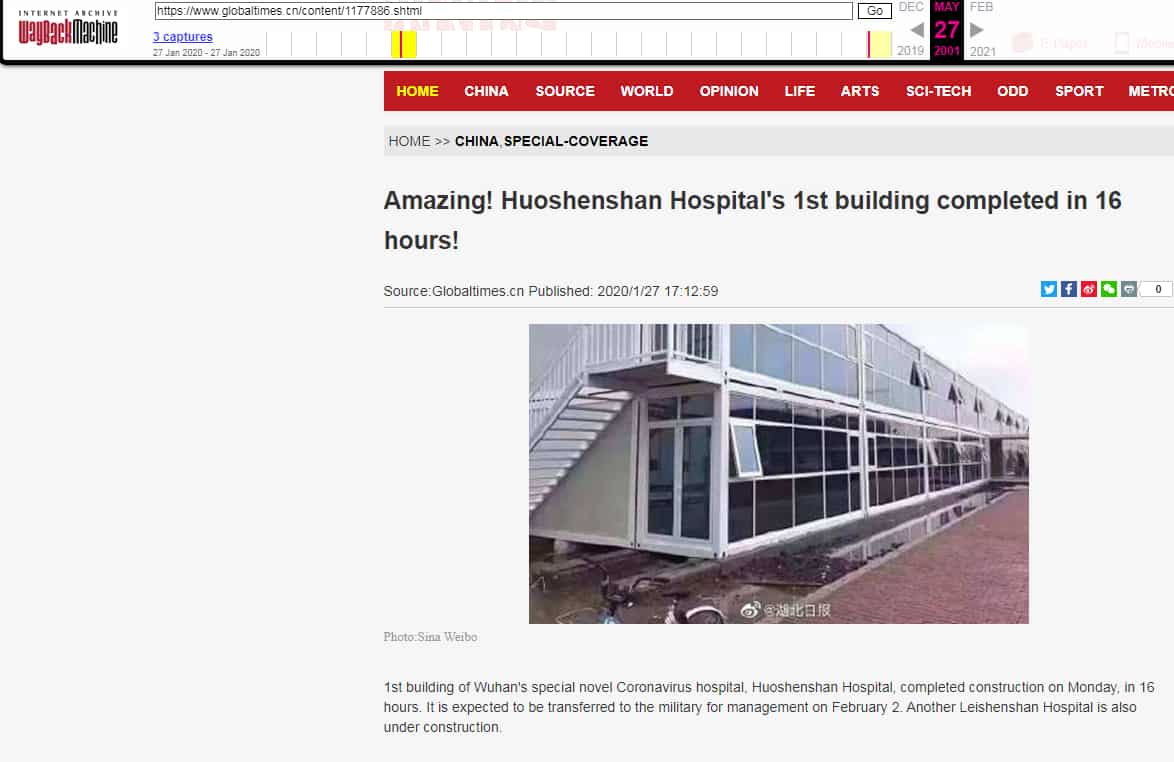 The Chinese city of Wuhan is rapidly building a new 1,000-bed hospital to treat victims of a new coronavirus, mobilising machinery.

The hospital aims to copy the experience of Beijing in 2003 when the city battled Severe Acute Respiratory Syndrome (SARS). As many as 774 people died globally in the SARS epidemic, which reached nearly 30 countries.

At the time, Beijing built the Xiaotangshan hospital in its northern suburbs in just a week.

Meanwhile, the death toll due to the deadly virus crossed 100 as China's National Health Commission reported more deaths due to the disease.

The number of total confirmed cases in China surged to 4,515.

Though cases of the virus have been confirmed in other countries, no fatalities have been reported outside China.

Wuhan, a city of 11 million, where the virus emerged late last year, is now under effective lockdown.