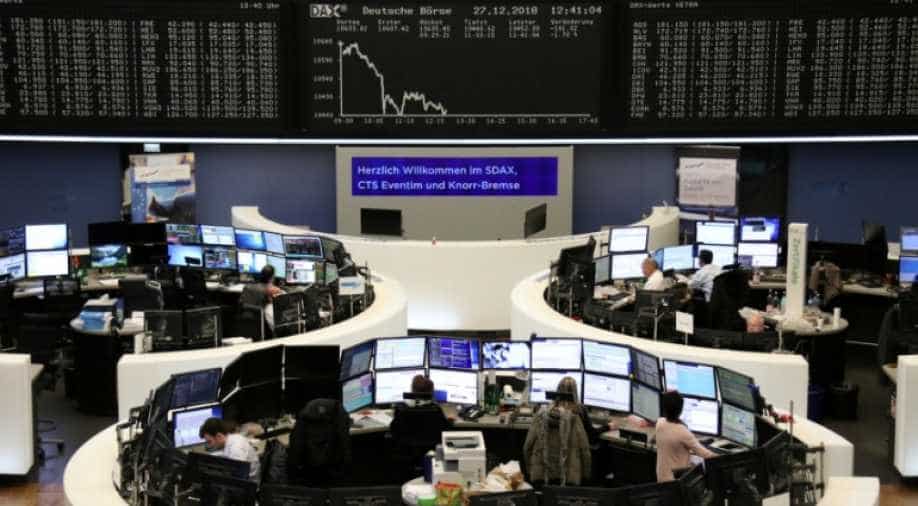 China is facing a 'grave situation' given the 'accelerating spread' of the new SARS-like virus that has infected nearly 1,300 people across the country.

World stock markets and oil prices plunged Monday, as panicking investors bolted for safer assets after China warned that the spread of a deadly coronavirus was accelerating.

China extended its biggest national holiday to buy time in the fight against a viral epidemic and neighbouring Mongolia closed its border, after the death toll spiked to 81 despite unprecedented quarantine measures.

Benchmark oil prices tanked 3.5 percent with trade slammed by concerns over demand from the world's top energy consumer China, but haven assets like gold and the yen rallied.

"The bottom line is that the virus has become deadly and it has caused a major panic in markets."

Chinese President Xi Jinping warned over the weekend that China was facing a "grave situation" given the "accelerating spread" of the new SARS-like virus that has infected nearly 1,300 people across the country.

As the number of people infected affected worldwide approached 3,000, analysts said there were growing fears the crisis could become as bad as the Severe Acute Respiratory Syndrome (SARS) outbreak that hammered Asian markets in 2003.

"Stocks that are connected to China are feeling the pain ... as traders are afraid the health crisis will curtail economic activity."

The outbreak has led China to lock down the epicentre of the disease, Wuhan, a city of 11 million people, while imposing tight travel restrictions on a number of other cities including Beijing.

The move comes during the Lunar New Year holiday when hundreds of millions of people criss-cross the country and spend billions of dollars.

Most Asian markets were closed for the Lunar New Year break, but Tokyo was open and fell two percent. Bangkok plunged nearly three percent on worries about the Thai travel sector.

The flight to safety saw the yen rally against the dollar, with the unit now up more than one percent from eight-month lows touched earlier this year.

Gold, another go-to asset in times of turmoil and uncertainty, is heading back towards $1,600 per ounce and the six-year peaks touched at the start of January.

While the main focus is on the spread of the virus, traders will also be keeping an eye on the release of earnings this week from top companies including Apple, Facebook and Samsung.

The oil market had already tumbled more than six percent last week owing to concerns about the effects on demand in China, which is the world's number two economy after the United States.

OLX to lay off 15 per cent of its workforce globally, almost 1,500 employees to be impacted