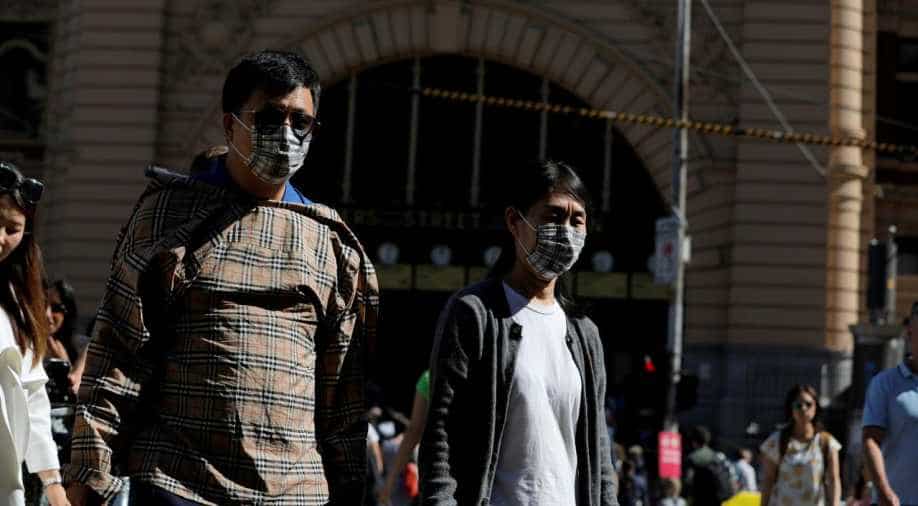 The death rate for Australian cases was below 1 per cent, significantly under the 10 per cent being reported by some other countries and suggesting "early promising signs of the curve flattening.”

Australia reported a considerable fall in the rate of novel coronavirus infection on Tuesday. There were about 4,400 coronavirus cases in Australia — with the rate of growth in new infections slowing from 25-30 per cent a week ago to an average of 9 per cent over the past three days.

Of those, Health Minister Greg Hunt said, 50 people were in intensive care and 20 were on ventilators, Hunt said. The death toll stood at 19.

The death rate for Australian cases was below 1 per cent, significantly under the 10 per cent being reported by some other countries and suggesting "early promising signs of the curve flattening.”

Still, Hunt stressed, it was too early for Australians to breathe a sigh of relief and the new social distancing measures were crucial. He also urged people not to become complacent and stressed the need for further strict social distancing policies.

State officials had earlier warned that the slowing infection rate might have have more to do with fluctuations in testing numbers, given there was less access to doctors over the weekend.

Public health orders enacted on Tuesday vary from state to state but generally include penalties of some kind for people flouting rules.

The death toll in New South Wales, the country’s most populous state, stands at 19. The punishment for breaking the lockdown rules is fine of up to A$11,000 ($6,779) in NSW and the potential of a six-month prison term for anybody found breaching the rules.

In Western Australia state, people who ignore self-isolating orders could be fitted with an electronic tracking device.

Meanwhile, Australia's financial and jobs markets have been deeply impacted by COVID-19, prompting the government to unveil several stimulus packages. Prime Minister Scott Morrison said in a tweet on Tuesday that 113,000 businesses had registered interest in a new A$130 billion ($80 billion) six-month wage subsidy.

Economists have hence predicted the country’s first recession in almost three decades due to the coronavirus stimulus packages.