Coronavirus deaths soar in US, Europe as Trump sees light at end of tunnel 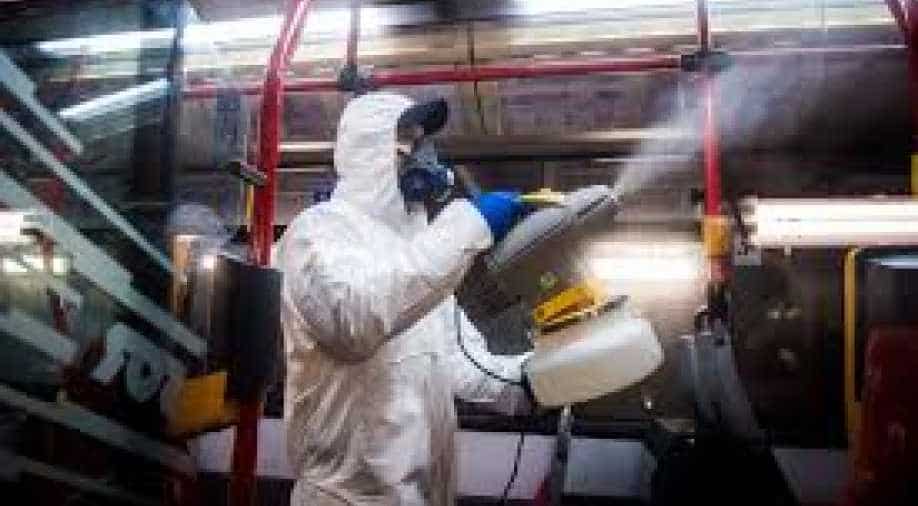 More than 86,000 people worldwide have died in the virus crisis, which has sent the global economy spiralling and forced billions of people to remain at home as much as possible.

The United States saw nearly 2,000 coronavirus deaths for a second day running as the toll soared again in Europe, despite US President Donald Trump's insistence that there is light at the end of the tunnel.

Governments are grappling with how to balance public safety against the devastating economic impact of stay-at-home orders that have erased millions of jobs in a matter of weeks.

More than 86,000 people worldwide have died in the virus crisis, which has sent the global economy spiralling and forced billions of people to remain at home as much as possible.

In France, one of the hardest-hit nations in Europe with more than 10,000 deaths, President Emmanuel Macron will address the nation next week to explain the path forward.

The confinement order issued on March 17 "will be extended" beyond the current deadline of April 15, an official close to Macron told AFP.

The United States reported the highest one-day toll on record, with 1,973 deaths over a 24-hour period -- reaching nearly 2,000 for the second day in a row.

Also read: Bernie Sanders drops out of US presidential race, Biden to take on Trump in 2020 polls

Italy and Spain are still recording hundreds of deaths a day, and the situation is also deteriorating in Britain, which saw a record 938 fatalities Wednesday as Prime Minister Boris Johnson spent a third day in intensive care.

The 55-year-old leader's condition is "improving" and he is in "good spirits", officials assured the public.

In New York, the epicentre of the US outbreak, the state's governor noted the new single-day high for virus deaths at 779, but offered an optimistic view for the weeks to come.

"We are flattening the curve," Andrew Cuomo told reporters, as he cited a decreasing hospitalization rate due to stay-at-home orders.

That optimism was shared by US President Donald Trump and Vice President Mike Pence, who both said the data seemed to indicate a turn for the better.

"We are hopefully heading towards a final stretch, the light at the end of the tunnel," Trump told reporters.