Colombia says it killed 23 members of armed groups, including one leader, in Arauca 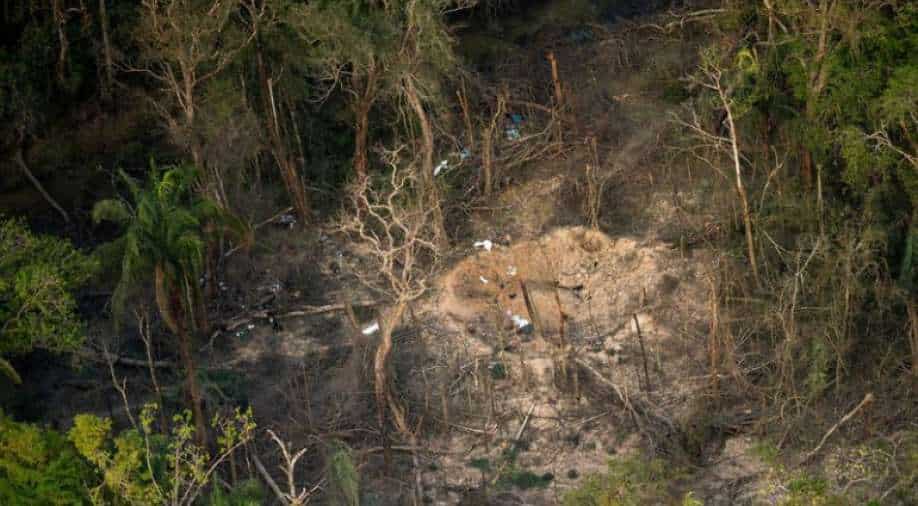 Corpses under sheets belonging to dissidents of the demobilized Revolutionary Armed Forces of Colombia (FARC), according to authorities, are seen during a flyover by the Ministry of Defense after a bombing that killed 23 guerrillas, in Arauca, Colombia February 24, 2022. Courtesy of Colombian Ministry of Defense/Handout via REUTERS Photograph:( Reuters )

Dissident members of the demobilised Revolutionary Armed Forces of Colombia (FARC) reject a 2016 peace deal with the government. The dissidents have become a security threat, according to the government, which accuses them of murdering community leaders and civilians

A bombardment carried out by Colombia's armed forces killed 23 FARC dissidents on Thursday as part of a military offensive to seize control of an area in the northeast of the country which sits on the border with Venezuela, the government said.

Dissident members of the demobilised Revolutionary Armed Forces of Colombia (FARC) reject a 2016 peace deal with the government. The dissidents have become a security threat, according to the government, which accuses them of murdering community leaders and civilians.

Military planes and helicopters took part in the bombardment in the municipality of Puerto Rondon, in Colombia's Arauca province, according to Defence Minister Diego Molano. He said Jorge Eliecer Jimenez, known as Arturo, the FARC dissident commander in Arauca, was among the dead.

"Colombia and Arauca have been liberated from a criminal, from a FARC-dissident leader of the FARC dissidents to bring more security, more peace, and better protect the people of Arauca," Molano said in a news conference at the site of the operation.

Arauca, which plays an important role in Colombia's oil and cattle ranching industries, has seen growing violence in which more than 60 people have died so far this year, according to Colombia's human rights ombudsman.

FARC dissidents allied with the leftist-guerrilla National Liberation Army (ELN) are fighting for control of drug-trafficking in the region against a rival FARC dissident group led by Arturo.

The government in Bogota accuses Venezuela's President Nicolas Maduro of harbouring FARC dissidents and members of the ELN who cross the border to launch attacks in Colombia, something Maduro has repeatedly denied.