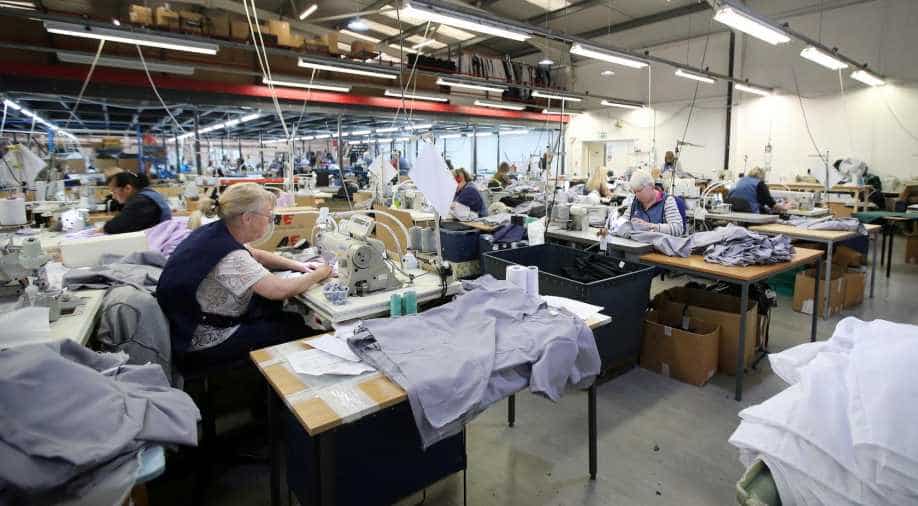 According to 'The Sunday Times', its undercover reporter found that workers were being paid as little as 3.50 pounds an hour as against the UK's legal minimum wage of 8.72 pounds an hour and was also operating last week during the localised coronavirus lockdown imposed on the city.

A clothing factory named Jaswal Fashions based in the eastern England city of Leicester faces a modern slavery investigation after an undercover reporter alleged sweatshop-like conditions and below minimum wage payments to its workers, many of them from India.

According to 'The Sunday Times', its undercover reporter found that workers were being paid as little as 3.50 pounds an hour as against the UK's legal minimum wage of 8.72 pounds an hour and was also operating last week during the localised coronavirus lockdown imposed on the city.

UK Home Secretary Priti Patel described the allegations as "truly appalling" and commended the undercover investigation for its role in "uncovering such abhorrent practices".

"I will not tolerate sick criminals forcing innocent people into slave labour and a life of exploitation," said Patel.

"Let this be a warning to those who are exploiting people in sweatshops like these for their own commercial gain. This is just the start. What you are doing is illegal, it will not be tolerated and we are coming after you," she said.

Last week, the senior Cabinet minister had directed the UK's National Crime Agency (NCA) to investigate modern slavery allegations in Leicester's clothing factories after alarm was raised that they were a key source of the spike in coronavirus infections in the region, which led to England's first localised COVID-19 lockdown for the city.

"Within the last few days NCA officers, along with Leicestershire police and other partner agencies, attended a number of business premises in the Leicester area to assess concerns of modern slavery and human trafficking," the NCA said, which is looking into the undercover reports.

The UK's Modern Slavery Act was passed in 2015, making it a crime to exploit labour and not pay the minimum wage.

The newspaper's undercover reporter spent two days at Jaswal Fashions, a factory which supplies garments to one of Britain's fastest-growing online retailer Boohoo, which owns labels such as Nasty Gal, PrettyLittleThing, MissPap, BoohooMAN, Karen Millen and Coast.
A statement from Nasty Gal said the company would investigate the newspaper's claims, but insisted that Jaswal Fashions was not a "direct supplier".

"Nasty Gal does not allow any of its suppliers to pay less than the minimum wage and has a zero-tolerance approach to incidences of modern slavery," said Nasty Gal in a statement.

"We have terminated relationships with suppliers where evidence of non-compliance with our strict code of conduct is found. We will take immediate steps to fully investigate the allegations raised and if the allegations are substantiated we will ensure that our suppliers immediately cease working with Jaswal Fashions," it added.

The boxes packed at the factory displayed the name Morefray Limited, another Leicester-based clothing manufacturer. The newspaper said that the man who was identified as the boss of the factory refused to answer questions in detail, but said: "We have legit staff."

The campaign group Labour Behind the Label alleged recently that factories in Leicester making Boohoo garments had put staff at risk of contracting COVID-19, by pressuring them to work without proper personal protective equipment (PPE) or social distancing.

"Emerging evidence indicates that conditions in Leicester's factories, primarily producing for Boohoo, are putting workers at risk of COVID-19 infections and fatalities as some factories have remained open for production during the lockdown, whilst others are now re-opening," the group claimed in its report.

The allegations are denied by Boohoo, which said it uses about 150 factories in Leicester, employing 50 people each on average. Company CEO John Lyttle told the newspaper that he had "personally written to all the factories", outlining company standards and what they need to do in terms of following the "government guidelines".