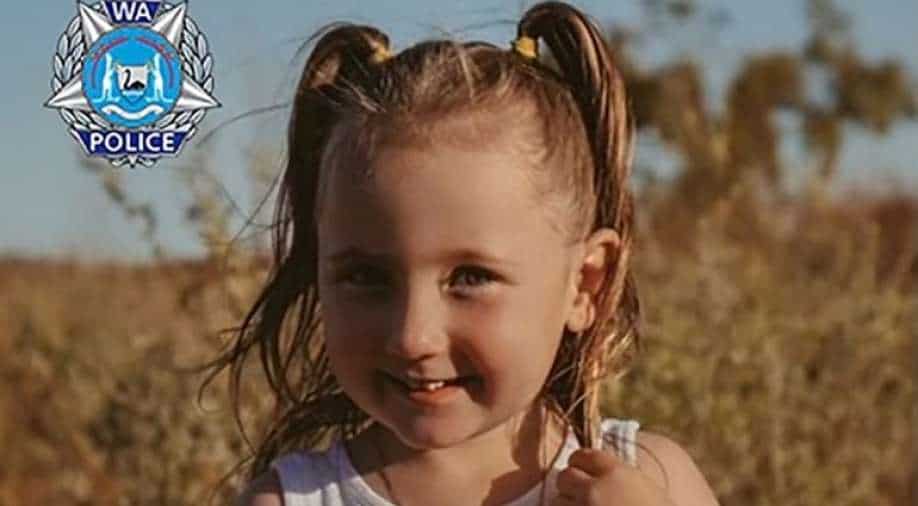 Cleo Smith is seen in this undated handout photo given to the police when she went missing from an Australian outback campsite Photograph:( Reuters )

A four-year-old girl who went missing two weeks ago has been found alive after weeks of searching.

Cleo Smith had been abducted from an outback campsite in Western Australia around 18 days ago.

Western Australia Police Deputy Commissioner Col Blanch said ''One of the officers picked her up into his arms and asked her 'what's your name?'.

Prime Minister Scott Morrison said in a tweet, ''What wonderful, relieving news. Cleo Smith has been found and is home safe and sound. Our prayers answered.''

Cleo Smith has been found and is home safe and sound.

Thank you to the many police officers involved in finding Cleo and supporting her family.

State premier Mark McGowan said ''There will be movies made about this. You never know what to expect, you hope for the best, but you prepare for the worst.''

The kidnapping had sparked a frantic air, sea, and ground search involving 100 officers, one that most feared would end in tragedy. A A$1 million ($743,000) reward for information had been offered for Cleo Smith.

While police used human intelligence, surveillance footage, and forensic analysis to find the girl, scores of volunteers scoured nearby bushland for clues.

Cleo was last seen in her family's tent at about 1.30 a.m. local time on October 16 at the remote Blowholes Shacks campsite in Macleod, about 900 km (560 miles) north of Perth. When her parents woke next morning, she was gone.

Cleo was found alone inside a locked house in the coastal town of Carnarvon, a short drive away from where she disappeared.

Police detained a 36-year-old local man for the abduction. He has no connection to the family.

Cleo's mother Ellie Smith, took to social media to express her relief and said ''Our family is whole again.''