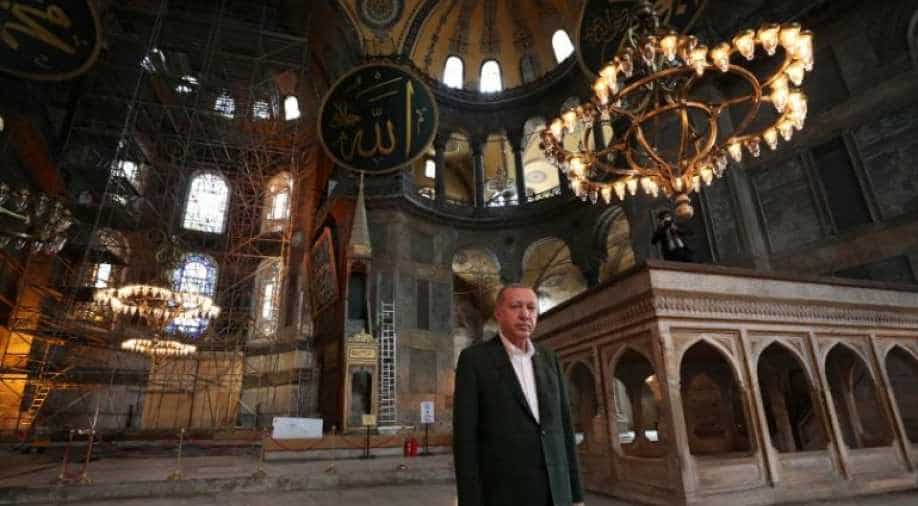 Hagia Sophia, which was reconverted to a mosque from a museum under the endorsement of Turkish President Tayyip Erdogan will cover Christian figures during prayers here on

Hagia Sophia, which was reconverted to a mosque from a museum under the endorsement of Turkish President Tayyip Erdogan will cover Christian figures during prayers here on.

The work to prepare the museum as a mosque is in full-throttle, as per the spokesperson for Erdogan, Ibrahim Kalin.

Prayers to begin on Friday

When prayers begin in the newly named mosque starting Friday, Christian mosaics would be covered with curtains or lasers. 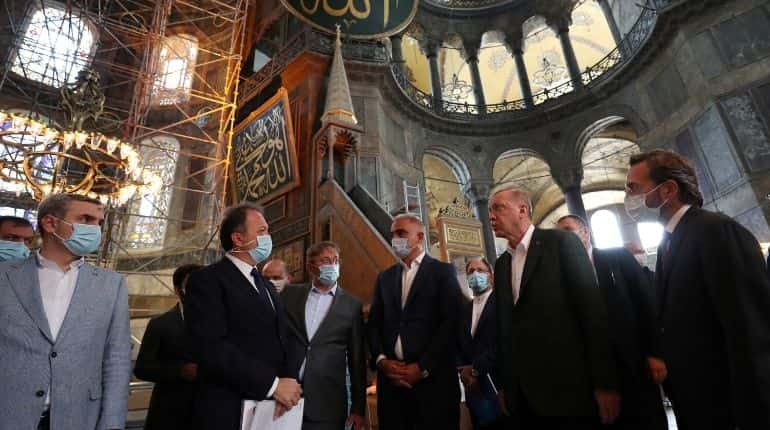 A court ruling in the beginning of July claimed that the 1934 conversion of the structure to the museum was unlawful. After this, Erdogan declared Hagia Sophia was now open to the Muslim world for worship, which garnered criticism and critique across the world. The Council of State, which was debating a case brought by a Turkish NGO, cancelled a 1934 cabinet decision and ruled the UNESCO World Heritage site would be reopened to Muslim worshipping.

Also read: Why India should not remain silent on Hagia Sophia's decision

The structure dates back to the sixth century and has, on multiple occasions, served as a church and a mosque, before being turned into a museum.

In the way of Qiblah

A few mosaics of Mary and Gabriel are positioned in the direction of Qiblah, the same direction which Muslims face during prayers. These will be covered with curtains.

Besides these, other Christian depictions and figures will be left untouched as they are simply not located in the way of prayer, but the representative did not say whether these will be uncovered or left bare at all times.

When prayers are not ongoing, the Hagia Sophia will be open to all visitors and tourists, with no images and depictions being concealed. Ergodan visited the mosque on Sunday to inspect the progress being made in preparation.

Pope Francis on July 12 said that he was "very distressed" over Turkey's decision to convert the Byzantine-era monument Hagia Sophia back into a mosque.

The proposal has been criticised by several religious and political leaders, including the Istanbul-based Ecumenical Patriarch, spirtual leader of the world’s Orthodox Christians, as well as Greece, France and the United States.