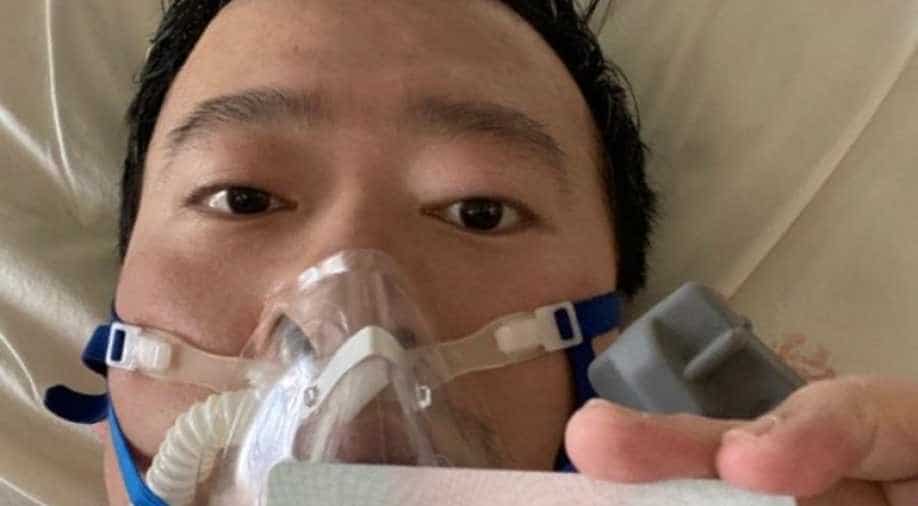 Li was the one to flag the coronavirus outbreak. He died early morning on Friday.

The death of Chinese doctor Li Wenliang has galvanised the Chinese public to a large extent. People are demanding the truth behind Li's death and the reason why state-backed media was so confused on the issue.

Li was the one to flag the coronavirus outbreak. He died early morning on Friday. His death was reported by the Wuhan central hospital, a little after 3 am local time in China.

The grief of his demise was most visible on the Chinese social media platform Weibo. Li's death was the most-read topic on the website with over 1.5 billion page views.

The circumstances behind his death were also discussed on 'We Chat' - another popular social networking app in the country.

People are deeply hurt by Wenliang's death in China and are channelling the rage towards the government.

“China must learn the lesson from Li’s case and adopt a rights-respecting approach to combating the epidemic," he said.

Ophthalmologist Li was among eight people reprimanded by police in Wuhan for spreading 'illegal and false' information.

On January 3, Li was forced to sign a letter saying he had "severely disrupted social order". He was threatened with charges.

The number of deaths from the deadly coronavirus outbreak shows no sign of abating with the death toll mounting to over 600 people with thousands infected.