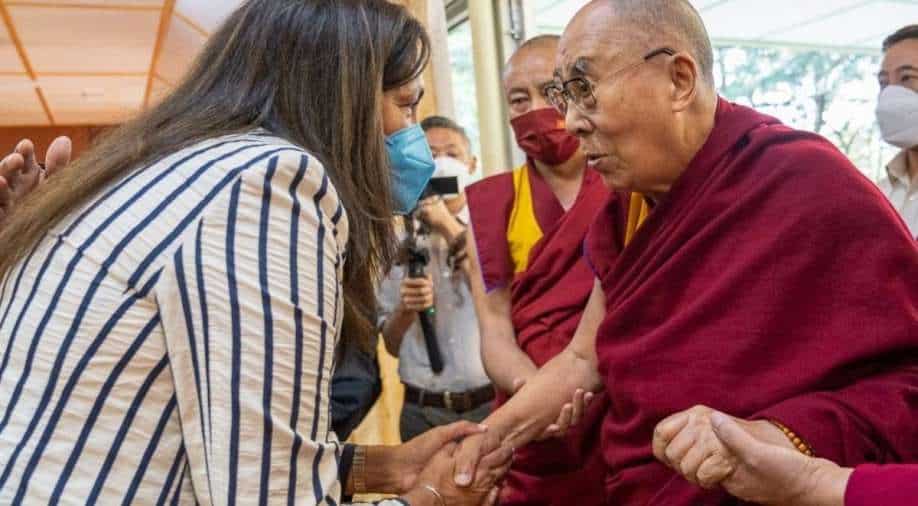 In a video released by the Dalai Lama's office, the Tibetan spiritual leader stated, "Chinese communists completely failed to change Tibetan minds."China is thinking and changing rapidly; socialism and Marxism are no longer in place."

The Dalai Lama, Tibet's spiritual leader, told a visiting US official on Thursday that China's efforts to change the "Tibetan mindset" had failed.US Special Coordinator for Tibetan Issues Uzra Zeya, who is on an India visit, called on the Dalai Lama in Dharamshala. Dharamshala is the headquarters of the Tibetan government in exile.

In a video released by the Dalai Lama's office, the Tibetan spiritual leader stated, "Chinese communists completely failed to change Tibetan minds."China is thinking and changing rapidly; socialism and Marxism are no longer in place."

He also highlighted how both India and the United States have long traditions of freedom and democracy. During the meeting, His Holiness explained his four main commitments in life, namely the promotion of universal values; promotion of religious harmony; preservation of Tibet’s culture and environment; and the revival of ancient Indian wisdom.

The audience was also attended by Sikyong Penpa Tsering, DIIR Kalon Norzin Dolma, Representative Namgyal Choedup and the members of the US Special Coordinator’s delegation. Penpa Tsering is the President of the Central Tibetan Administration, the Tibetan government in exile.

The US official said, "Your holiness, it's my great honour to have this audience with you." I am President Biden's special coordinator for Tibetan issues. It is my greatest honour to receive you. I bring greetings from my president and from the American people. Best wishes for your good health and your gratitude for your message for peace in the world." The US official, in her 2-day stay in the hill city, also visited the Tibetan Parliament-in-Exile, the Tibetan Institute of Performing Arts (TIPA), the Tibet Museum, and met with members of the Tibetan civil society. The last such visit of a US coordinator for Tibet was in 2016, when then Undersecretary Sarah Sewall visited Dharamshala.