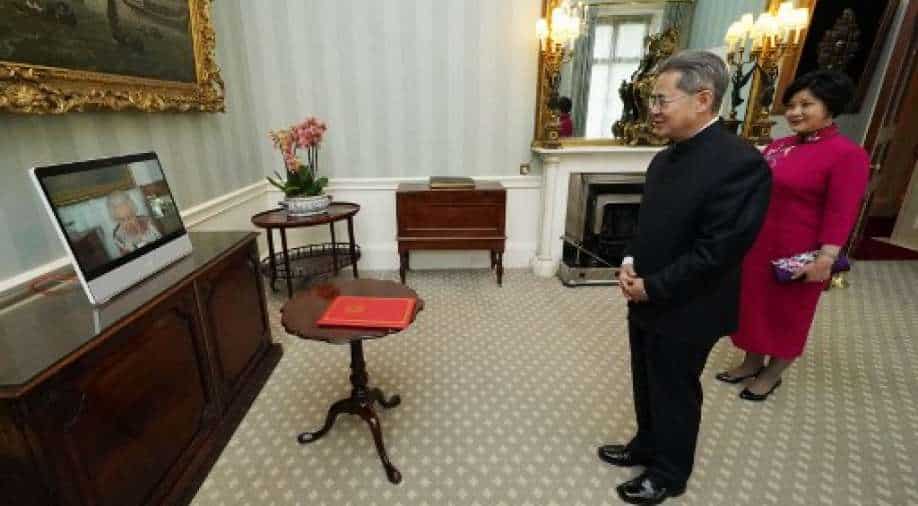 UK along with US, EU and Canada had earlier imposed sanctions against Chinese officials for their alleged role in human rights abuses in China's Xinjiang region.

China's new ambassador Zheng Zeguang was banned from entering the UK Parliament by lawmakers in response to the Chinese government's decision to impose sanctions against British MPs.

Zheng Zeguang was set to speak in both houses of UK Parliament, however, British MPs led by Duncan Smith wrote to the House of Commons Speaker Lindsay Hoyle asking him to disallow Zheng from entering Parliament.

"I do not feel it's appropriate for the ambassador for China to meet on the Commons estate and in our place of work when his country has imposed sanctions against some of our members," Hoyle said in a statement, adding, "If those sanctions were lifted, then, of course, this would not be an issue."

"I am not saying the meeting cannot go ahead -  I am just saying it cannot take place here while those sanctions remain in place," the Speaker added.

UK had earlier imposed sanctions against Chinese officials for alleged human rights abuses in the restive Xinjiang region where the Communist party officials have reportedly kept thousands of Uyghurs in internment camps.

The UK parliamentarians at the centre of the diplomatic storm were critical of China's policies while targeting its alleged treatment of Uyghurs in Xinjiang. The European Union, Canada and the US had also imposed sanctions against Chinese officials were for their alleged roles in human rights abuses in Xinjiang.

The Chinese embassy reacted strongly against the UK Parliament's move to bar Zeguang from entering its premises saying it was a "despicable and cowardly action of certain individuals of the UK parliament".