China's continuous attacks on Tibet may be India's trump card 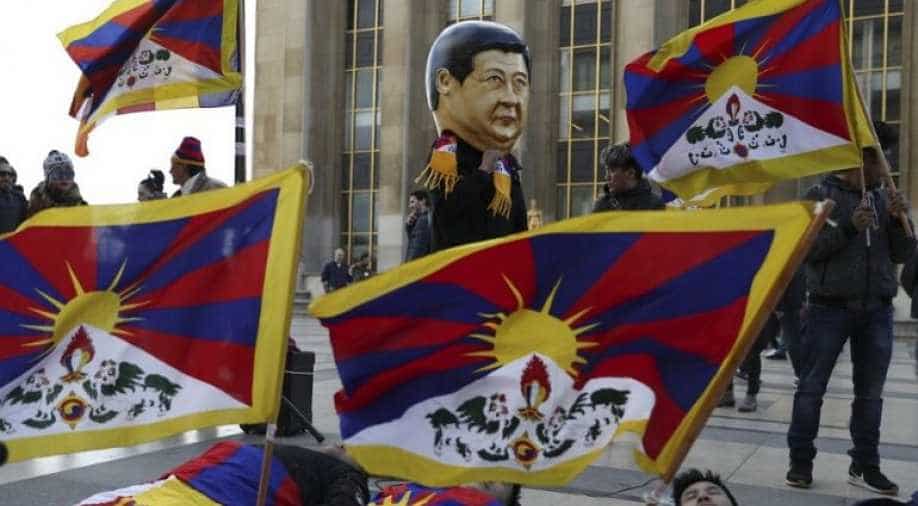 China is taking down prayer flags in Tibet, which are a significant tenet of Tibetan culture and religious beliefs

The India-China standoff in Ladakh has raised alarm over more such conflicts with China. As part of its attempt to hide the crackdown in Tibet, on June 17-18, China conducted a staged tour of Tibet for foreign diplomats.

Reports suggest that this was organised by the foreign affairs department of China's Sichuan province, and was supposed to be an assessment of the situation in Tibet. One report claimed that the diplomats not only faced tight restrictions, but were carefully handpicked.

China is taking down prayer flags in Tibet, which are a significant tenet of Tibetan culture and religious beliefs.

China calls it” behavioural reform". As part of this, government officials summon the locals, who then participate in an “environmental cleanup drive”. With the backup of local police, they were then asked to take off the flags.

A Tibetan prayer flag is a colourful rectangular cloth, with each colour signifying an element of nature.

What's in it for India?

Beyond the obvious repression of Tibetans, China's actions have serious security implications for India.  China has been openly conducting military drills in Tibet.

In the middle of the Ladakh standoff, the Chinese state media beamed visuals of Chinese troop activity in Tibet.

It said: “China and India share borders at the high altitude area, and incidents have recently occurred between the two countries' troops."

Tibet takes up the issue

China has recruited a squad of mixed martial arts fighters into its army. One report claims that China had reinforced its troops near the Indian border, and this squad was part of this deployment.

US Lawmaker Scott Perry recently moved a bill in the Congress. If passed, it will authorise the US President to recognise Tibet as a separate, independent country.

Tibet was indeed an independent country, until it was invaded and annexed by China.

The first one was Xinjiang. In 1949, the PLA entered Xinjiang. By the spring of 1950 - most of the territory was under the army’s control. Ultimately, Mao Zedong secured Xinjiang through political means.

China invaded Tibet region in 1950. Nine years later - the Dalai Lama was forced to escape to India’s Himachal Pradesh, which is still the home to the Tibetan government in-exile.

The central Tibetan administration recently reached out to the UN Human Rights Commission, accusing China of committing a cultural genocide in Tibet