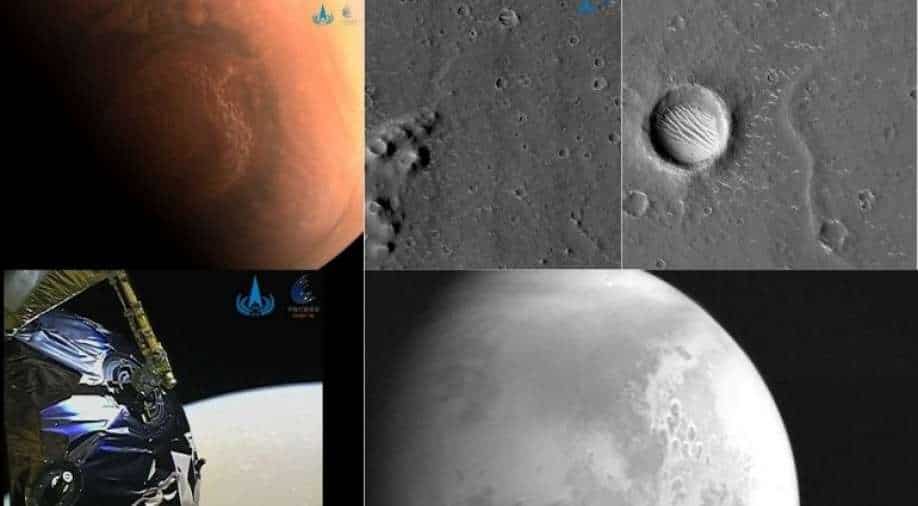 According to Chinese state media, Zhurong traveled about 10 meters (33 ft.) to the south, 6 meters (20 ft.) to the southeast from the landing platform, planted a camera, and traveled back next to the platform for their photo together. The platform was also pictured with a banner showing Bing Dwen Dwen and Shuey Rhon Rhon, the two mascots of the 2022 Beijing Winter Olympics, and the Chinese national flag.

Zhurong, named after a mythical Chinese god of fire, drove down to the surface of Mars on May 22, according to the rover's official Chinese social media account.

The 240-kg (530-pound) Zhurong, which has six scientific instruments including a high-resolution topography camera, will study the planet's surface soil and atmosphere.