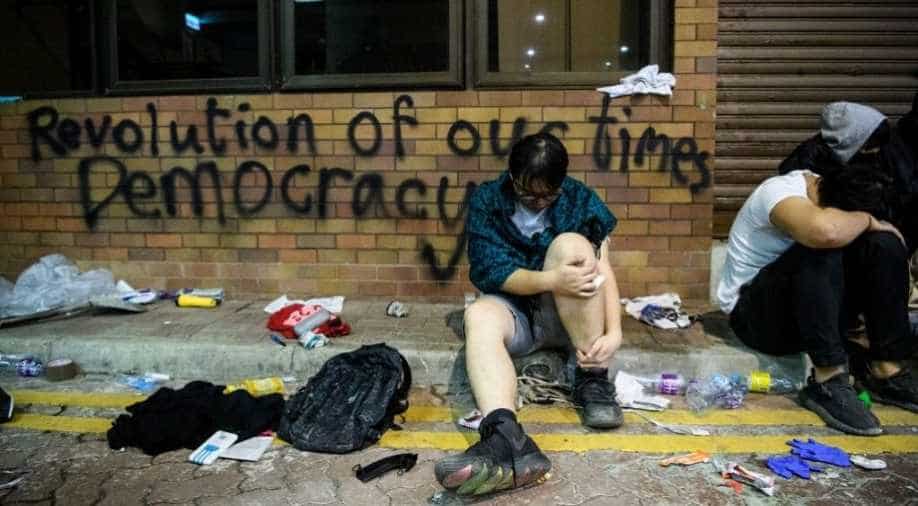 The bill is now awaiting US President Donald Trump's approval.

The Chinese foreign ministry said today that it had summoned the US ambassador Terry Branstad and asked the US administration to scrap the Hong Kong Democracy Act or "bear all the consequences".

Last month the US House of Representatives had passed the Hong Kong Human Rights and Democracy Act in a rare example of bipartisan support. Last week, the US Senate had passed the act. The proposed bill has provisions to demand sanctions on Chinese and Hong Kong officials identified by the US government for carrying out alleged human rights abuses.

The bill is now awaiting US President Trump's approval.

"The legislation brazenly interferes in China's internal affairs and indulges and supports the violent criminal behaviour by 'anti-China disrupting Hong Kong' forces," the ministry said, as it urged the US to "immediately correct its mistakes, prevent the above-mentioned Hong Kong-related bill from becoming law, and stop any words and deeds that interfere in Hong Kong affairs and China's internal affairs."

"Otherwise, the US side must bear all the consequences," it said.

Hong Kong has seen months of massive protests turning violent as students have openly rebelled against Chinese officials and called for greater accountability and freedom. China has repeatedly said Hong Kong is a part of China and the protests are its internal matter.

On Monday, after Hong Kong's local elections, China's foreign minister referring to the polls said no matter what happens, Hong Kong is a part of China and a special administrative region of China.

"Any attempt to mess up Hong Kong, or even damage its prosperity and stability, will not succeed," Chinese foreign minister Wang Yi said.

Meanwhile, Hong Kong leader Carrie Lam thanked Hong Kong residents for orderly voting on Sunday, while adding that her government would "seriously reflect" on the result of the community-level elections in which her pro-Beijing establishment took a severe drubbing, and would "improve governance".