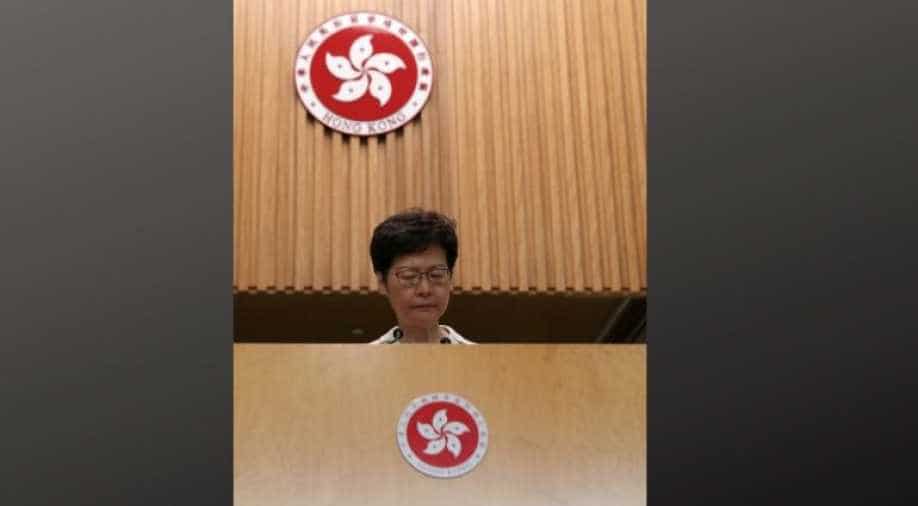 Hong Kong leader Carrie Lam on Tuesday expressed gratitude towards residents of the Chinese-ruled city for orderly voting on Sunday despite a relatively volatile environment and said she hoped the peace signified people's resolve against violence.

Lam was speaking a day after poll results showed democratic candidates secured almost 90 per cent of 452 district council seats in Sunday's local elections, a landslide victory in polls that were widely seen as a barometer of support for Lam.

The elections are being seen as a de-facto referendum on the city's Beijing-backed government to which China responded by saying no matter what the outcome is Hong Kong will always remain its part.

The results are being attributed to young voters who participated in the anti-government protests.

The recent development sends a strong message to China and the city's Chief Executive Carrie Lam, as the pro-establishment camp won all the council seats in the last elections, held in 2015.

Earlier, the establishment had a majority in the district council with 292 seats.

The district council elections on Sunday laid bare concern over "deficiencies in the government, including unhappiness with the time taken to deal with the current unstable environment and of course to end violence", Lam acknowledged at a weekly press briefing.

The city's chief executive pledged that her government would "seriously reflect" on the result of the community-level elections in which her pro-Beijing establishment took a severe drubbing, and would "improve governance".

The poll outcome has re-energised calls by the pro-democracy camp for direct popular elections for the city's leadership and legislature and a probe into alleged police brutality against demonstrators.

But Lam sidestepped those calls, instead reiterating an earlier pledge to open a dialogue among all parties in the territory, a proposal that opponents have dismissed as too little, too late.

"What we need to do now is (open) community dialogue and invite social leaders to help us analyse the causes of the disturbances and Hong Kong’s deep-seated social problems, and to come up with solutions," Lam said.