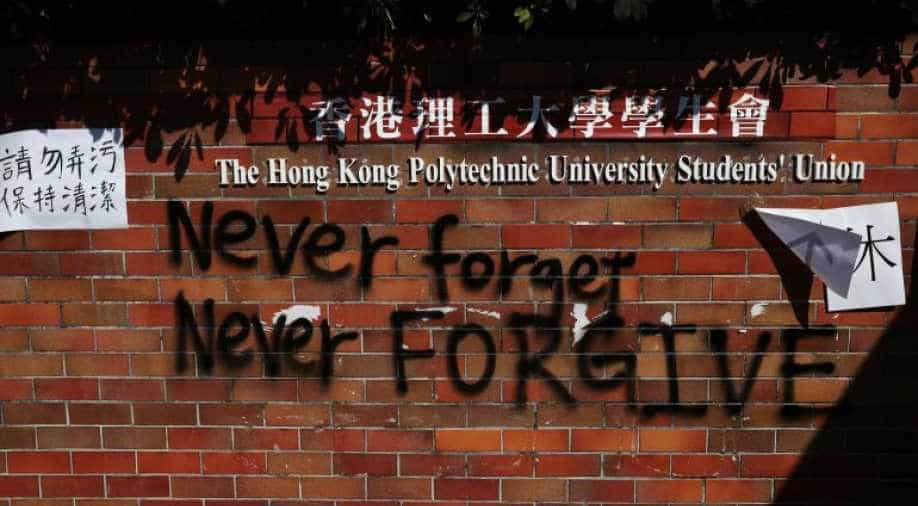 Counting is almost over and the pro-democracy camp has gained a majority in 17 out of 18 districts by winning 390 of total 452 seats.

It's a landslide victory for pro-democracy lawmakers in the Hong Kong district council elections, which is being seen as a de-facto referendum on the city's Beijing-backed government to which China responded by saying no matter what the outcome is Hong Kong will always remain its part.

Counting is almost over and the pro-democracy camp has gained a majority in 17 out of 18 districts by winning 390 of total 452 seats.

The results are being attributed to young voters who participated in the anti-government protests.

The recent development sends a strong message to China and the city's Chief Executive Carrie Lam, as the pro-establishment camp won all the council seats in the last elections, held in 2015.

Earlier, the establishment had a majority in the district council with 292 seats.

Kelvin Lam, the candidate backed by activist Joshua Wong has won a seat from the South Horizons district.

Wong who was barred from contesting the polls for violating Hong Kong's basic law has said that pro-democracy movement won't stop at the local polls and will surge ahead.

Meanwhile, Chinese Foreign Minister Wang Yi has said that all camps in Hong Kong are pro-democracy and that the city will always remain a Chinese territory.

In a statement released online, Carrie Lam has said that the government respected the verdict and will "seriously reflect" on the results.

Lam also noted that the results pointed to the people's dissatisfaction with the current situation and the deep-seated problems in society.

However, it is worth noting that these are local polls and do not impact Lam's position but they have certainly undermined her government's authority.

These are also the first public elections in Hong Kong since the mass protests broke out in June.