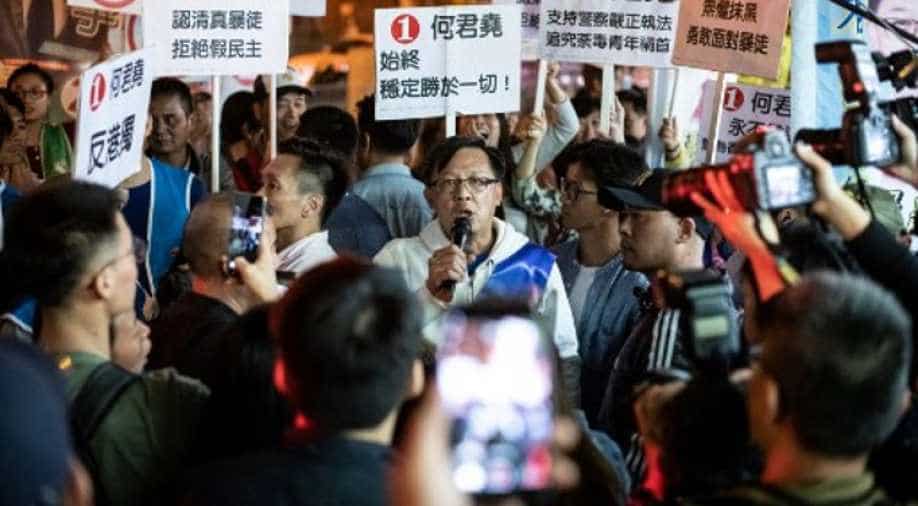 As results in Hong Kong's district elections poured in, Chinese foreign minister Wang Yi said it is clear that no matter what happens, Hong Kong is a part of China and a special administrative region of China.

"It's not the final result yet. Let's wait for the final result, OK? However, it is clear that no matter what happens, Hong Kong is a part of China and a special administrative region of China," Wang told reporters in Tokyo while visiting PM Shinzo Abe.

"Any attempt to mess up Hong Kong, or even damage its prosperity and stability, will not succeed," the Chinese foreign minister added.

Hong Kong has been rocked by months of pro-democracy movements which has increasingly turned violent in recent weeks with students clashing regularly with police.

Last week in a major escalation of violence police surrounded the Polytechnic University as students attacked authorities with a barrage of rocks and petrol bombs and later attempted to slip through sewers.

Police used batons, tear gas and rubber bullets to take control of the university. Several hundred students were reportedly arrested, and others let free after their identity was taken down by police. The campus occupation had begun on November 11 after police shot an anti-government protester during a demonstration.

Hong Kong's leader, Carrie Lam had said during the large scale protests that she was shocked that campuses had transformed into "weapons factories".

"The Chief Executive has made it clear on various occasions that violence is not a solution to any problem," the Hong Kong chief executive's office said in a statement even as violence shook the city.