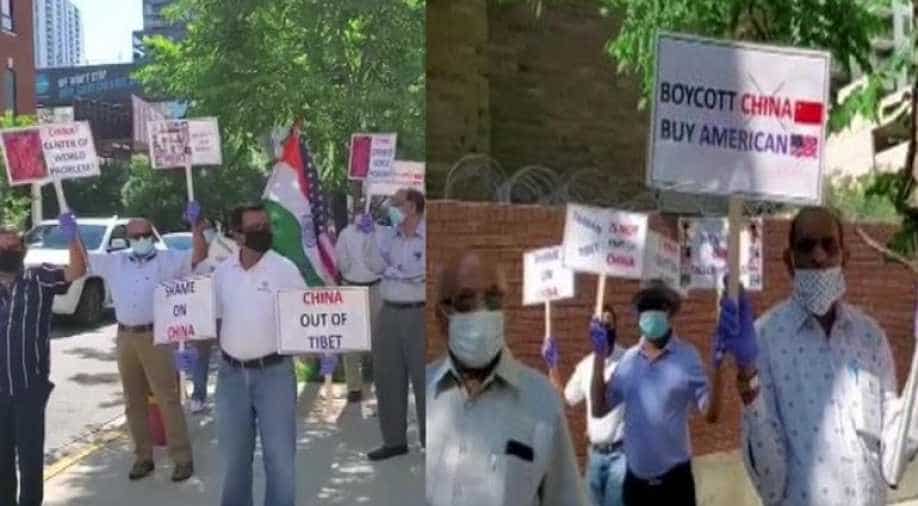 The Indian-American community in the US staged a protest rally, against China's actions on the Indian border, on Friday evening.

The rally was staged outside the Chinese Consulate in Chicago. The protestors carried banners that read 'China Stop Bullying!'. They also urged people to boycott Chinese products and instead buy American produce.

They were also seen carrying Indian and American flags, along with posters and banners. The protestors raised concerns about China "threatening" several countries and damaging economic reforms.

"They are stealing American jobs (due to which) so many people have been laid off. They are threatening several countries in the world including Vietnam, Taiwan, Singapore and India," a protestor was quoted by a media house.

He added, "They are trying to flex their muscles and intimidate everyone. We are here to protest against that. We are looking for economic reforms and requesting them to behave like civilised people."

The protestors also accused China of spreading the novel coronavirus in the world, which has affected almost 10 million people in the world, and counting.

"They are causing so much damage. Millions of people around the world are suffering because of the virus. I think the Chinese need to stop threatening and treating their own people as slaves," he said.

Few days ago, the Indian community in Vancouver, Canada, too, staged a protest against China's actions on the India-China border, which led to a violent face-off, and 20 soldiers lost their lives.