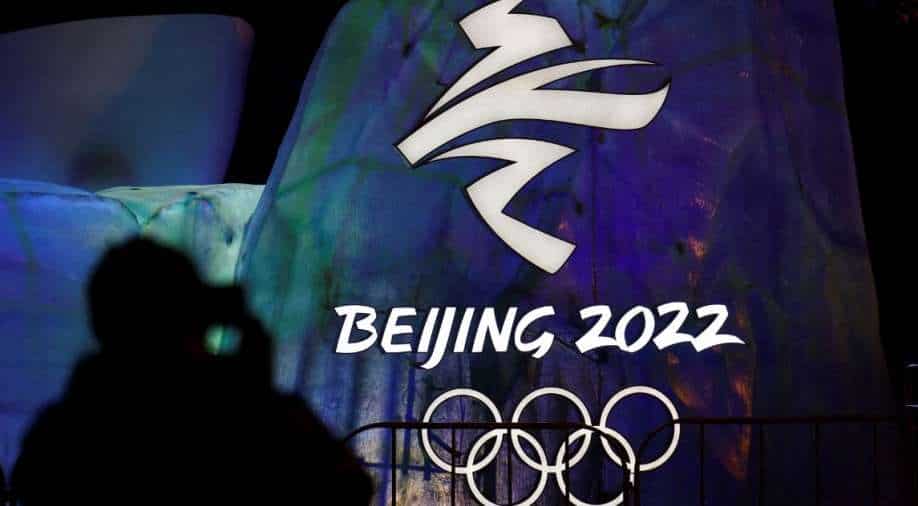 A man photographs an illuminated logo ahead of the Beijing 2022 Winter Olympics in Beijing, China January 26, 2022. Photograph:( Reuters )

China was among 35 countries that abstained, while just five - Eritrea, North Korea, Syria, Belarus and Russia - voted against it

China has reacted to the accusations that it asked Russia to delay its invasion of Ukraine until after the recently concluded Beijing Winter Olympics.

On Wednesday (March 2), a  US-based paper The New York Times reported that Chinese officials had asked senior Russian officials not to invade Ukraine before the end of the Winter Olympics.

To validate the accusation, the paper cited senior officials in the administration of United States President Joe Biden as well as a European official.

As per the report, China might have had some level of direct knowledge about Russia's war plans or intentions before the invasion started on February 24 after Russian President Vladimir Putin ordered "military operations" in Ukraine.

The invasion started last week just four days after the Beijing Winter Olympics' closing ceremony as eyebrows are raised whether or not the reports are true.

Meanwhile, on being asked about the same at a press briefing on Thursday (March 3), Beijing dismissed the report. "The New York Times report is complete fake news. These kinds of diversionary, blame-shifting remarks are thoroughly despicable," said foreign ministry spokesman Wang Wenbin.

On the ongoing Russia-Ukraine conflict, Beijing has taken a neutral stance and President Xi Jinping held a meeting last month with his Russian counterpart where the pair agreed to a "no limits" partnership.

Since then, Beijing has not condemned the invasion of Ukraine but has stopped short of outright support.

China was among 35 countries that abstained, while just five - Eritrea, North Korea, Syria, Belarus and Russia - voted against it.

The conflict has caused more than one million people to flee Ukraine, according to the United Nations.

WATCH | Russia, Belarus out of Winter Paralympics amid the ongoing Russian invasion of Ukraine