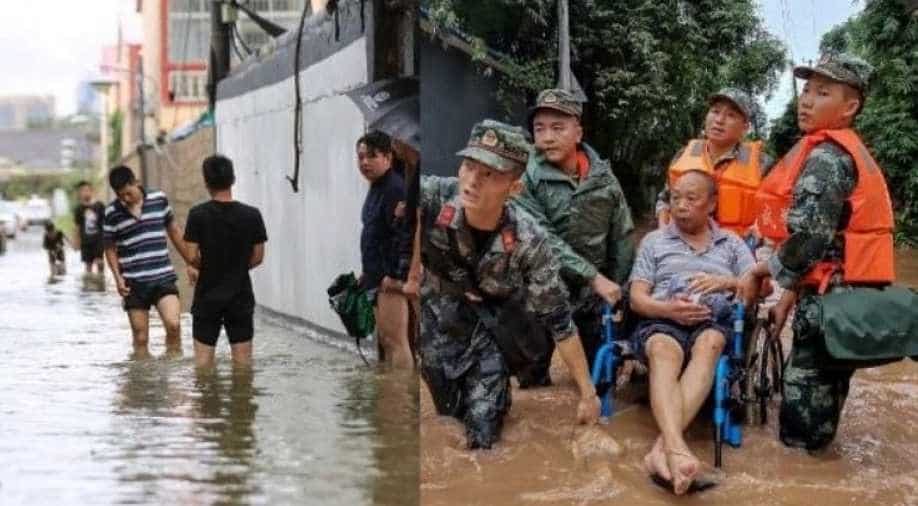 Reports say at least 36,000 people have been forced to evacuate from China's Yaan city amid the flooding.

China's Yangtze river has been overflowing with several tributaries in the danger zone due to heavy rainfall forcing several thousand people to evacuate.

Reports say at least 36,000 people have been forced to evacuate from China's Yaan city amid the flooding.

The  Qingyi river has already witnessed some of the worst flooding as authorities grapple with evacuation measures amid large scale destruction of farmlands.

According to China's ministry of emergency management, 63 million people have been affected by floods with the economic damage amounting to $25.82 billion.

On Monday, a mudslide led to heavy rainstorms in southern Gansu province in which 10,000 residents were trapped.

Reports said several villagers were unable to evacuate, but the water level receded in time ensuring there were no casualties as authorities tried to reach the area.

Last week authorities in Longnan had issued a red alert after heavy rains lashed the area as authorities cleared debris left behind as rescue workers grappled with the floods.