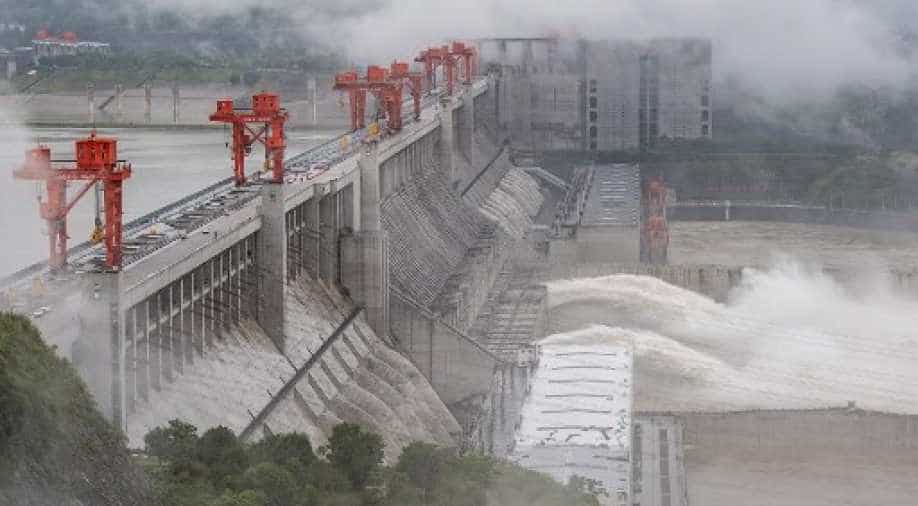 That's serious enough.  But turns out, the crisis is much bigger. And three gorges is just one very big part of the problem.

China's Guang-Xi region's dam has collapsed. It was built in 1965 and could hold more than 195 thousand cubic meters of water which is good enough to fill 78 Olympic size swimming pools.

However, the dam has now collapsed because it could not handle the floodwaters even as voices from the ground confirmed the impending crisis. When the dam collapsed, the local media didn’t report it. More dams and structures in China may collapse.

Dams are China's strategic card but they are failing before China even has a chance to play them. It is no longer about just one dam since the crisis is much bigger. China has as many as 94,000 dying dams with most of them being built during the Mao Zedong's era.

During Mao's regime most dams were small in order to protect different regions from flooding. However, these dams could collapse now. In all these years, their structure has decayed and now they are falling.

The Three Gorges Dam remains the biggest concern at the moment as 500 million people live along the Yangtze river which is China’s largest river. It is the river on which China has built its biggest and most controversial dam.

The crisis is real but China is in denial. It maintains the dam can handle more floodwater but on Tuesday it silently made a revelation.

The Xinhua news agency carried a report which said that the Three Gorges Dam has “deformed slightly”. The statement was made by the operator of the dam. Xinhua reported that some nonstructural, peripheral parts were damaged.

Reports said it happened last Saturday when more floodwaters hit the dam and some external structures were displaced.  The report added that some seepage has been reported at the main outlet walls but officials are still making tall claims.

One of them reportedly said that nothing can topple the dam in the next 500 years. China managed to hide the dam collapse at Guang-Xi and it was not half as big the Three Gorges Dam. The Three Gorges Dam is a very big deal and saving it is a matter of national prestige with authorities now neck-deep in trouble.