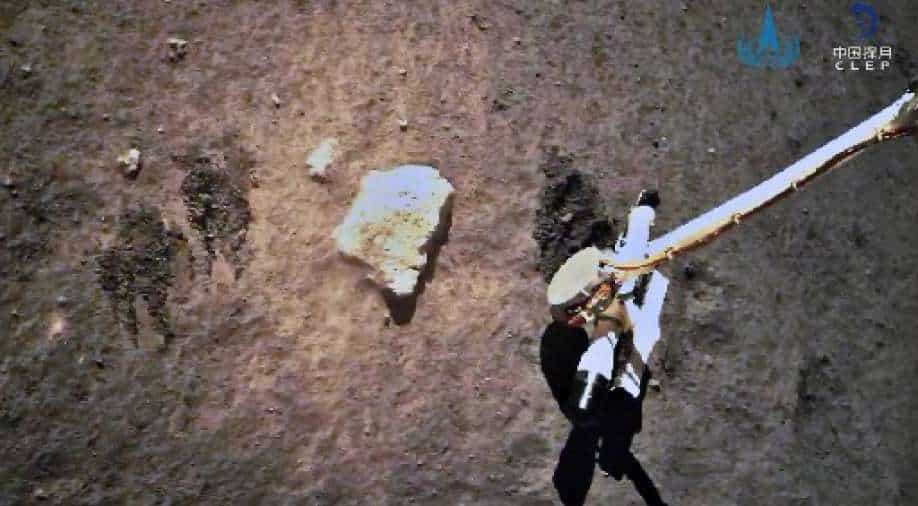 Chang'e-5 landed on the Moon and started drilling on the surface within hours of landing.

The Chinese spacecraft carrying rocks and soil from the moon will soon be landing back on the Earth as it has now started its journey back to the home planet.

Chang'e-5 started its journey back to the Earth on Sunday with its engine being ignited at  230 km (143 miles) from the surface of the moon early on Sunday. The engine was then shut down after 22 minutes as the craft turned towards the Earth, China's National Space Administration said in a statement.

If the mission is declared a success, China will become the first country since 1976 to bring back lunar samples and the third in the world to ever bring back samples from the moon — the first being the US and second being the Soviet Union.

The landing will take place in Inner Mongolia. In the beginning, it was reported the mission was to collect nearly 2 kg (4.4 lbs) of samples of rocks and soil from "Ocean of Storms" — a part of the Moon. However, the final weight of the samples hasn't been disclosed yet, and will be revealed only after the spacecraft lands.

This is China's first moon mission since 2013. The Chang'e-4 probe in January 2019 had landed on the far side of the Moon. However, Chang'e-5 landed on the Moon and started drilling on the surface of the Moon within hours of landing.

The Chinese foreign ministry has described this as "revolutionary in increasing human understanding of the history of the Moon."