China continues construction at Ream Naval base in Cambodia 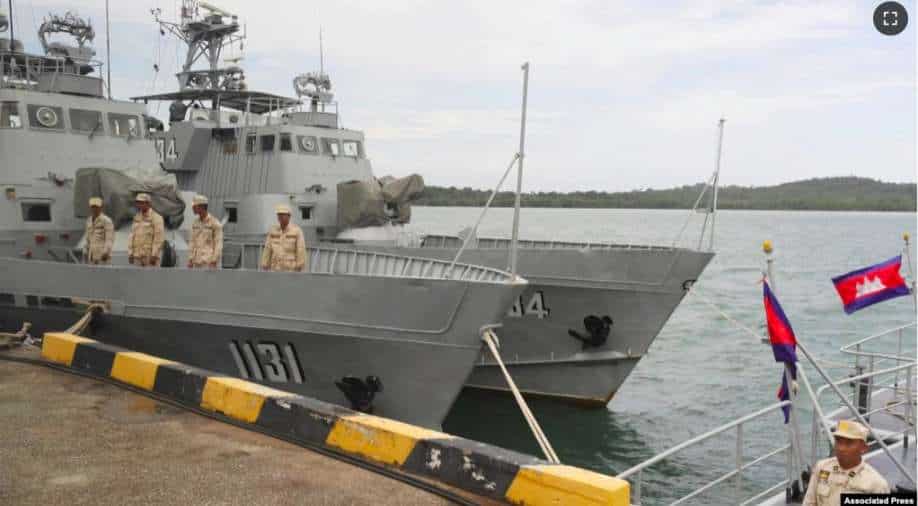 A report from CSIS in early October showed that there were three new buildings and a new road built, during August and September. There were also few other changes made

There have been reports of new facilities being built at the Ream Naval Base in Cambodia to facilitate a Chinese military presence. The Center for Strategic and International Studies (CSIS) has released a survey that shows new buildings and a road in Ream Naval Base.

A report from CSIS in early October showed that there were three new buildings and a new road built, during August and September. There were also few other changes made. The northern section of the coast alongside the new buildings was cleared of foliage. A line of trees was also cleared and a small 40 by 26-foot building was constructed on the site.

Chad Roedemeier, who is a spokesperson for US embassy told VOA through an email that the embassy is “aware of consistent, credible reporting that significant construction by the People’s Republic of China continues at Ream Naval Base.”

“The Government of Cambodia has not been fully transparent about the intent, nature, and scope of this project or the role of the PRC military, which raises concerns about intended use of the naval facility.”

Cambodian government spokesperson Phay Siphan while speaking to VOA said that the CSIS study is wrong and baseless. He said the Ream base is not for any country to use as it is a military base.

Meanwhile, the United States announced sanctions against two high-level Cambodian military officials last week. In a statement, the US cited corruption related to the naval base. The US worries it may become a Chinese military outpost.

Sanctions have been announced against General Chau Phirun, director-general of the Defense Ministry's material and technical services department, and Admiral Tea Vinh, the Royal Cambodian Navy commander and the brother of Defense Minister Tea Banh.