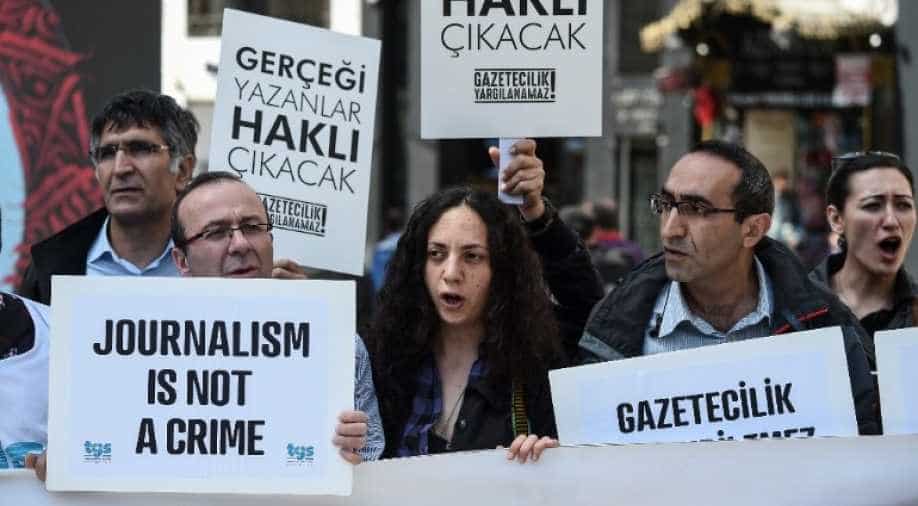 In 2019, at least 48 journalists are jailed in China, according to the report by the New York-based Committee to Protect Journalists.

A recent report by a US-based committee on Wednesday has once again exposed the repressive state of media in China as the Asian giant has jailed the most number of journalists in 2018.

In 2019, at least 48 journalists are jailed in China, according to the report by the New York-based Committee to Protect Journalists.

The report cites the arrest of Sophia Huang Xueqin, a Chinese freelance journalist after writing about the pro-democracy protests in Hong Kong.

Turkey stands at the second spot, with the imprisonment of 47 journalists, as per the report which also mentions Saudi Arabia, Egypt, Eritrea, Vietnam, and Iran for their jailing of journalists.

The report states that Turkey, which was jailing most journalists in the last three years, has not improved the state of its media, but President Recep Tayyip Erdogan was successfully able to eliminate criticism and independent reporting.

It added that the Turkish government has shut down over 100 media organisations and framed terror-related charges against many of their employees, putting several reporters out of work and intimidating others.

"Dozens of journalists not currently jailed in Turkey are still facing trial or appeal and could yet be sentenced to prison, while others have been sentenced in absentia and face arrest if they return to the country," the report said.

The report adds that authoritarianism, instability and protests in the Middle East have led to the arrest of a large number of journalists, with Saudi Arabia becoming the third-worst jailer alongside Egypt, each imprisoning 26 journalists.

So, far, no charges have been framed against 18 journalists jailed in Saudi Arabia and the report expressed concern over "beating, burning and starving political prisoners, including four journalists."

Many of the journalists were jailed in Egypt ahead of the anti-corruption protests in September that demanded the resignation of President Abdel Fattah el-Sisi.

The report mentions that at least 250 journalists were put behind bar around the world.

"CPJ believes that journalists should not be imprisoned for doing their jobs," the group said in its findings.

(with input from AFP)