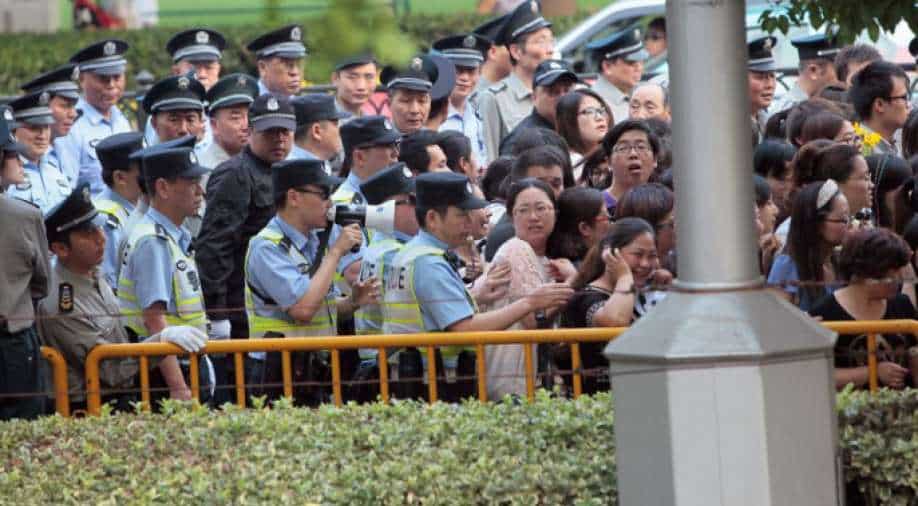 China has expanded a crackdown on its entertainment industry, telling broadcasters to bar artists with “incorrect political positions” and effeminate styles from shows, saying a “patriotic atmosphere” needed to be cultivated.

China has tightened its grip on the entertainment industry, ordering broadcasters to ban musicians with "incorrect political viewpoints" and effeminate tendencies from performances, citing the need to promote a "patriotic atmosphere."

In an online notice, the National Radio and Television Administration announced that it will tighten regulations on cultural programmes, pushing down on what it considers to be unhealthy material, as well as celebrity salaries and tax fraud.

After years of unbridled expansion, Chinese regulators have tightened their grip on a wide range of industries, from technology to education, in order to bolster control over society and critical sectors of the economy.

They implemented new restrictions on Monday that limit the amount of time children can spend playing electronic games.

China's internet regulator announced last week that it was taking action against what it called a "chaotic" celebrity fan culture.

Separate notices issued on Thursday by the Ministry of Culture and Tourism and the China Association of Performing Arts stated that performers, such as livestreaming celebrities, should receive periodic ethics training and that agencies should terminate contracts with those who "lack moral discipline."

Apart from criticising celebrity adoration, authorities and state media have chastised male celebrities who wear heavy make-up and well styled hair and present a feminine image, claiming that Chinese guys should grow up to be more manly.

According to an opinion post published in the state-run Guangming Daily on August 27 by a former officer of a military newspaper, some "effeminate" stars are unethical and can harm adolescents' values.

According to the article, when such celebrities play troops fighting in the battle against the Japanese - a common setting for Chinese films and television series - they make the "righteous" and "heroic" characters appear juvenile.