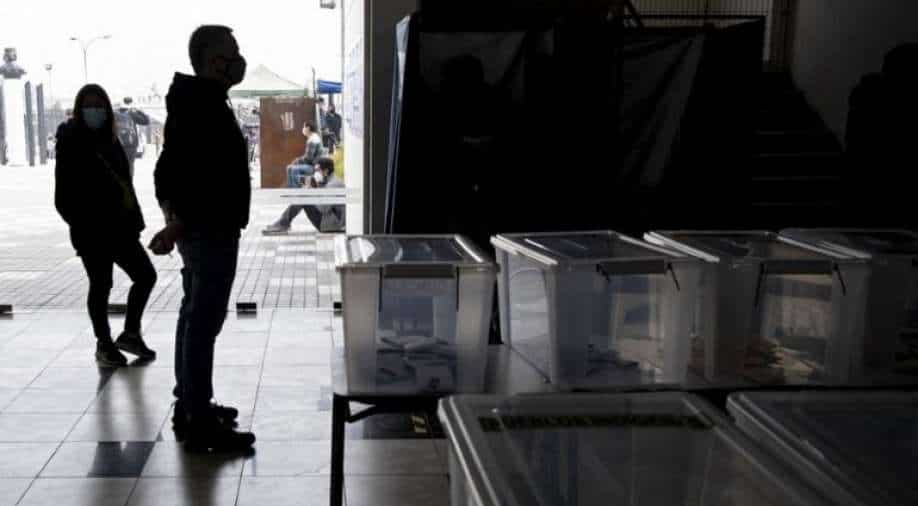 Chile's constitution dates from 1980, enacted at the height of dictator Augusto Pinochet's 1973-1990 rule

Chileans went to the polls Saturday to elect 155 people who will re-write the country's dictatorship-era constitution in a bid to address the deep-seated social inequality that gave rise to deadly protests in 2019.

Over two days on Saturday and Sunday, some 14 million people are eligible to vote in what many consider to be Chile's most important election since its return to democracy 31 years ago.

"Let the voice of the people be heard today in this historic election," President Sebastian Pinera said on Twitter before casting his ballot.

Chile's constitution dates from 1980, enacted at the height of dictator Augusto Pinochet's 1973-1990 rule, and is widely blamed for blocking equitable progress in a country ranked as one of the most unequal among advanced economies.

This inequality was one of the main drivers of protests that began in October 2019, resulting a month later, after 36 deaths, in the government agreeing to a referendum on a new constitution.

That plebiscite, initially scheduled for April 2020 but delayed due to the pandemic, finally took place on October 25 last year.

And the outcome was unequivocal: 80 per cent voted for a new constitution to be drawn up by a body made up entirely of elected members.

This weekend, more than 1,300 candidates are in the running to become a part of history.

Analysts say the election will be a battle between candidates from leftist parties and rightist ones, with independents not expected to draw any meaningful support.

Parties on the left broadly seek greater state control of mineral and other natural resources, mostly privatized since the dictatorship, and more public spending on education, health, pensions and social welfare.

Those on the right, with a nod to the need to boost social support, largely defend the capitalist, free-market system they thank for Chile's decades of economic growth.

In a world first, half the candidates are women, by design, as will be the 155-member drafting group that will have nine months to come up with a new founding law for Chile, which will be approved or rejected next year in a mandatory national vote.

Seventeen seats on the constitution-writing "convention" are reserved for indigenous representatives.

Voters will this weekend also elect regional governors, mayors and local councillors, usually a litmus test for presidential elections, next due in November.

Campaigning has been complicated amid a COVID-19 outbreak that has resulted in more than 1.2 million cases and nearly 30,000 deaths in the country of 19 million people.

Chile has one of South America's highest vaccination rates, with more than 48.5 per cent of the 15.2 million targeted inhabitants having received two doses to date.

The country has the highest per capita income and the third-most multi-millionaires in Latin America. But the working and even upper-middle classes live with high indebtedness, often to pay for schooling and private pensions.

There is a low level of satisfaction with the quality of life.