Polls open in Chile on whether to rewrite dictatorship-era constitution 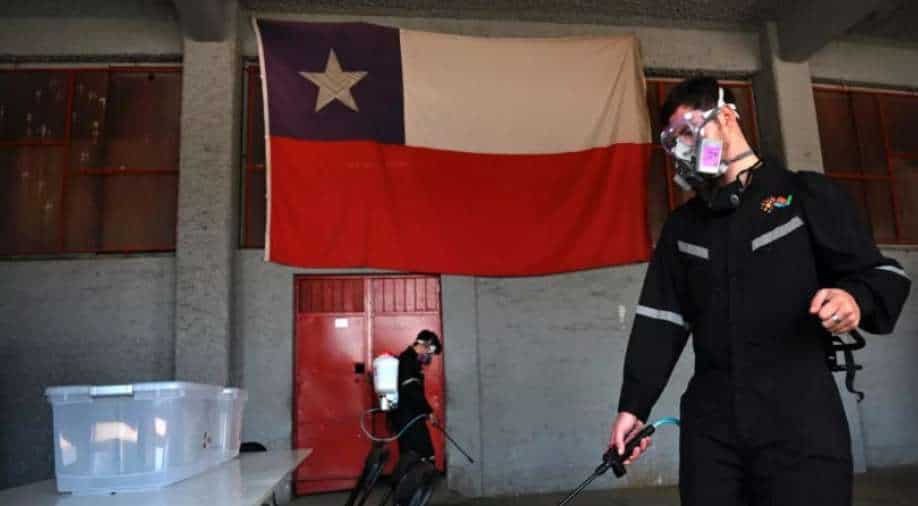 More than 14 million Chileans are eligible to vote on replacing the current charter which dates from the 1973-1990 rule of General Augusto Pinochet.

Polling stations in Chile opened Sunday morning for a historic referendum on whether to change the country's dictatorship-era charter.

The current constitution is being accused of promoting social inequalities.

More than 14 million Chileans are eligible to vote on replacing the current charter which dates from the 1973-1990 rule of General Augusto Pinochet.

If approved, a special convention would begin drafting a new constitution that would be submitted to voters in mid-2022.

Chile's current constitution was approved by a 66 per cent to 30 per cent margin in a 1980 plebiscite. Critics, however, say many voters were cowed into acceptance by a regime that had arrested, tortured and killed thousands of suspected leftist opponents following the overthrow of an elected socialist government.

Recent polls have indicated heavy backing for a new constitution despite opposition from conservative groups.

The decision to allow the vote came after hundreds of thousands of Chileans repeatedly took to the streets in protests that often turned violent.

The vote was initially scheduled for April, but was delayed due to the COVID-19 pandemic.

Furthermore, through Sunday's ballot, voters will choose between a body of 155 citizens who would be elected just for that purpose in April. A larger convention split equally between elected delegates and members of Congress may also be chosen.