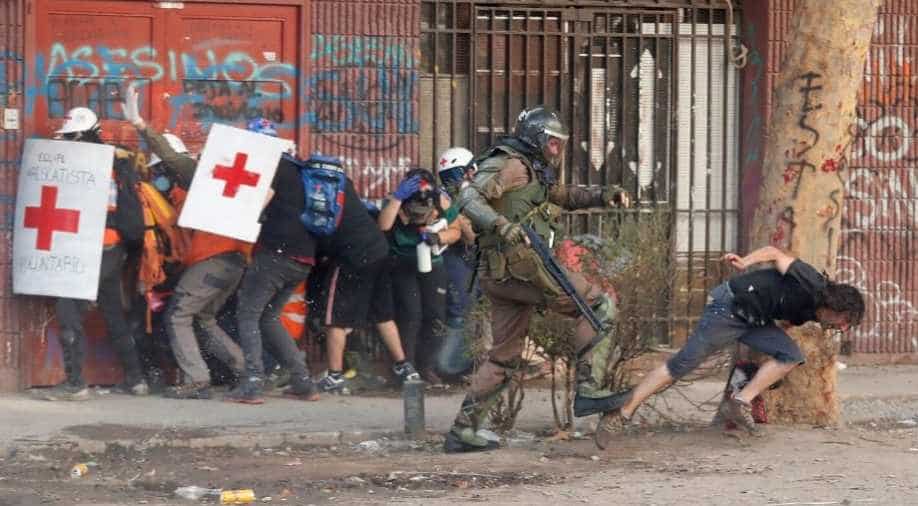 Policemen clash with demonstrators during a protest against Chile's government in Santiago, Chile. Photograph:( Reuters )

"Chilean international organisms are investigating whether or not there is direct international interference," Ribero told reporters.

"What we do know is that in the days after October 18, there was an important share of internet use coming from a country in Eastern Europe to Chile," he said.

He did not name the country nor give further details about the nature of the alleged interference.

"There is excessive internet traffic" around that period, Ribero said, including the "creation of false profiles."

Ribera's comments come after Russia denied US accusations that it used online trolling to stir up tensions in Chile, where 23 people have died in weeks of violent demonstrations that swept the South American country from October 18.

In a late October phone call to his Chile counterpart Sebastian Pinera, US President Donald Trump "denounced foreign efforts to undermine Chilean institutions, democracy or society," according to the White House.