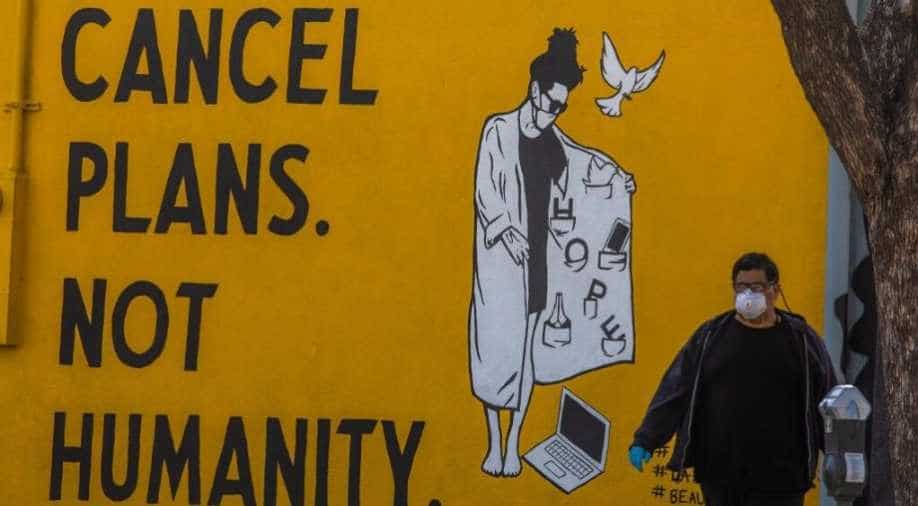 A total of 637 of the latest deaths were in England, the National Health Service (NHS) said.

Britain on Saturday reported a record 708 daily deaths from COVID-19, including a five-year-old child, who is thought to be the country's youngest victim.

The toll has been steadily increasing by more than 500 deaths a day this week and the country is bracing for an expected peak in the next week to 10 days.

A total of 637 of the latest deaths were in England, the National Health Service (NHS) said.

"Patients were aged between five years and 104 years old. 40 of the 637 patients (aged between 48 and 93 years old) had no known underlying health condition," it said in a statement.

The NHS said it would not be giving further information about the five-year-old patient at the request of the family.

A 13-year-old boy from London, Ismail Mohamed Abdulwahab, died last week, days after testing positive for COVID-19. His family said he had no underlying illnesses.

Also read: Here’s what our urban life will look like after the coronavirus pandemic

Prime Minister Boris Johnson, who is in self-isolation after developing mild symptoms of the disease, ordered a three-week lockdown of the country on March 23 to try to cut infections.

But there has been concern that warmer weather forecast for this weekend could tempt people from their homes to green spaces and public parks.

Health Secretary Matt Hancock has warned against any relaxation in social distancing, saying: "If we do, people will die."

Imperial College London epidemiologist Neil Ferguson, who is advising the government, told BBC radio on Saturday a peak was expected around the Easter weekend.

"We still think things will plateau but we'll be at quite high levels of infection for weeks and weeks rather than seeing quite a rapid decline as the type seen in China," he said.

But he said that was dependent on people staying at home. If that happened, it could lead to less stringent measures in place "at least by the end of May", he added.

The announcement of another record rise in deaths came after 13 residents at a care home in Glasgow died in one week in a suspected outbreak of coronavirus.

The Burlington Court Care Home said those who died had underlying medical conditions and two staff members were being treated for COVID-19.

Tests for coronavirus are currently carried out on the most serious cases that require hospital treatment, suggesting the true extent of confirmed cases and deaths is an under-estimate.

The government meanwhile announced that up to 4,000 low-risk prisoners near the end of their sentence could be release from jails in England and Wales to try to stop the spread of COVID-19.

A total of 88 prisoners and 15 prison staff have tested positive for the virus, and there is concern it could spread rapidly because of shared cells and overcrowding.

The justice ministry said those released would be electronically tagged and temporarily released on licence in stages. High-risk offenders will not be considered for early release.

Powis called the theory "absolute and utter rubbish" and said he was "absolutely outraged (and) disgusted" that vital infrastructure had been targeted during a national emergency.

"The reality is that the mobile phone networks are absolutely critical to all of us, particularly in a time when we're asking people to stay at home and not to see relatives and friends.

"But in particular they are also the phone networks that are used by our emergency services and our health workers," he added.

Later Saturday, news emerged that the British singer and 1960s pop icon Marianne Faithfull had been admitted to hospital suffering from the virus.

"She is stable and responding to treatment," music industry publicists Republic Media tweeted.

"We wish her well and a full and speedy recovery."