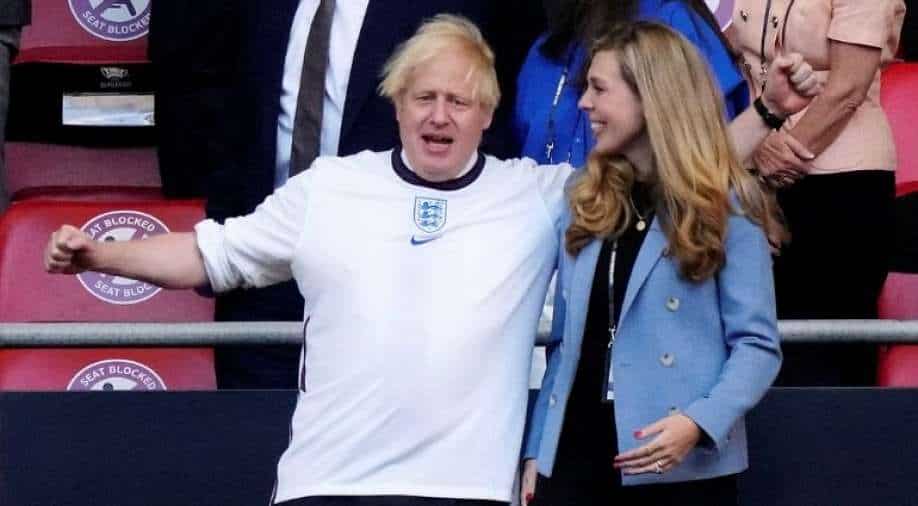 Johnson had conceived a daughter during an extramarital relationship and has been divorced twice. He has four children from his second wife Marina Wheeler

UK Prime Minister Boris Johnson has admitted for the first time that he is the father of six children.

He made the revelation in an interview and joked that he has to ''change a lot of nappies.''

Previously, Johnson had refused to share the details of his personal life with the media and the public.

However, after having announced that his wife Carrie is expecting her second child with him, he shed light on his family and children.

Johnson had conceived a daughter during an extramarital relationship and has been divorced twice. He has four children from his second wife Marina Wheeler.

Praising the sacrifice of the British army during the Kabul evacuation during the interview, Johnson said they acted with utmost professionalism.

''It was an amazing operation. It was never going to be easy to pull out of a country like Afghanistan after 20 years of war.''

Defending the criticism of the British government during the Kabul evacuation, Johnson also said that it is not possible to spend all of its time to run a country by proxy.

Johnson said the UK owed the US military "a bid debt" for "the incredible professionalism and sacrifice." He also called the operation a "massive success."