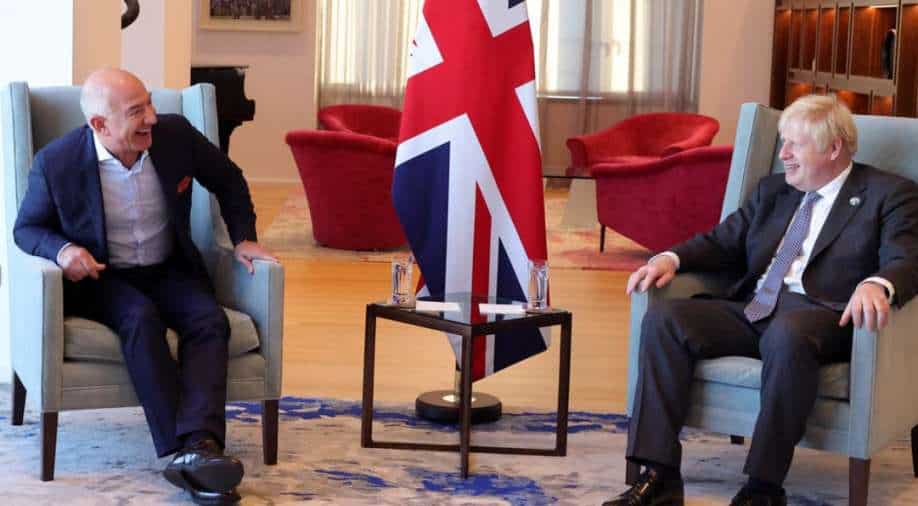 PM Johnson told Bezos that Amazon should pay more taxes in the UK asserting that the internet giant needs to make a "fair share" of contribution in tax.

UK Prime minister Boris Johnson met Amazon founder Jeff Bezos on the sidelines of the UN General Assembly in New York as they discussed the contentious issue of taxation.

During the meeting, PM Johnson reportedly told Bezos that Amazon should pay more taxes in the UK asserting that the internet giant needs to make a "fair share" of contribution in tax.

Also Read: Musk, Bezos & others lose over $26 billion due to Evergrande crisis

However, the UK prime minister later explained to a television channel that, "tax isn’t something that he’s going to pay as an ex-gratia act of kindness. It’s up to governments to come up with the right framework."

“He’s a capitalist and he made the very important point that this is a job for governments," Johnson told Britain's television channel.

Johnson remarked that Amazon has to operate within the "commercial framework" as Britain seeks to be fair to taxpayers and businesses.

Bezos had earlier pledged to give away $1 billion in grants to focus on efforts around conservation as part of the Earth Fund which was set up last year.

Downing Street confirmed that Johnson welcomed the Earth Fund contribution by Bezos aimed at protecting forests and remove carbon from the air.