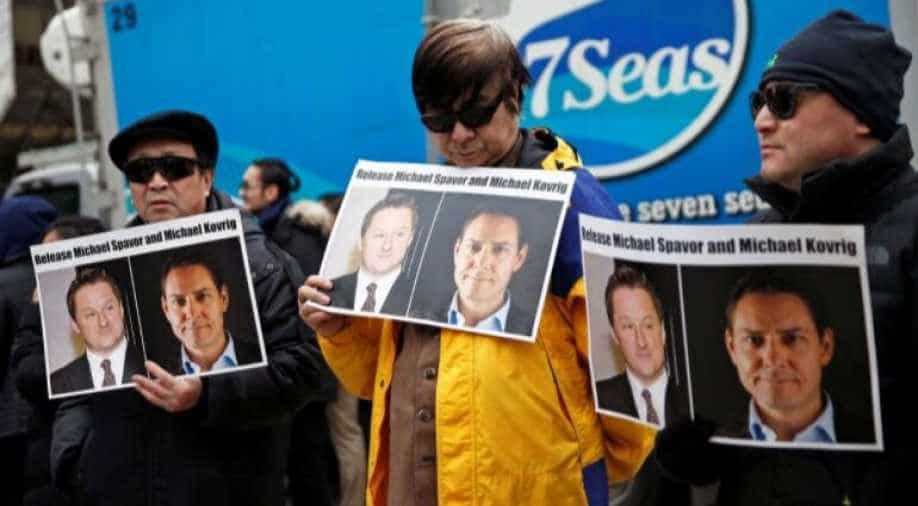 Freeland has said Canada will continue to negotiate an end to the dispute and the return of the two men outside of the public eye.

Canada's foreign minister on Friday praised two Canadian men detained in China for their "grit" and "tenacity," as the countries' diplomatic feud entered its eighth month.

Canadian consular officials meet Michael Spavor and Michael Kovrig monthly and saw them both earlier this week, but the ministry does not offer any information about their condition for privacy reasons.

"They are two brave Canadians who are facing a difficult situation through no fault of their own and they are conducting themselves with incredible grace and tenacity," Foreign Minister Chrystia Freeland told reporters in Calgary.

"They're showing real Canadian grit, as are their families for whom this is also an ordeal," she said.

Canada and China have been locked in a diplomatic dispute since Dec. 1 when Canadian authorities arrested Huawei Technologies Co-Chief Financial Officer Meng Wanzhou in Vancouver on a US warrant. Meng is the daughter of the company's founder.

Shortly after her arrest, Beijing detained Kovrig, a former diplomat, and Spavor, a businessman, and later charged them with espionage. Canada says their arrests were 'arbitrary'.

Freeland has said Canada will continue to negotiate an end to the dispute and the return of the two men outside of the public eye.

Canada's dispute with China has been a nagging issue for Liberal Prime Minister Justin Trudeau and the feud shows little sign of resolution, just months before a national vote set for Oct. 21.

Freeland met her Chinese counterpart a week ago for the first time since the dispute began. She reiterated on Friday that both countries are committed to future discussions.