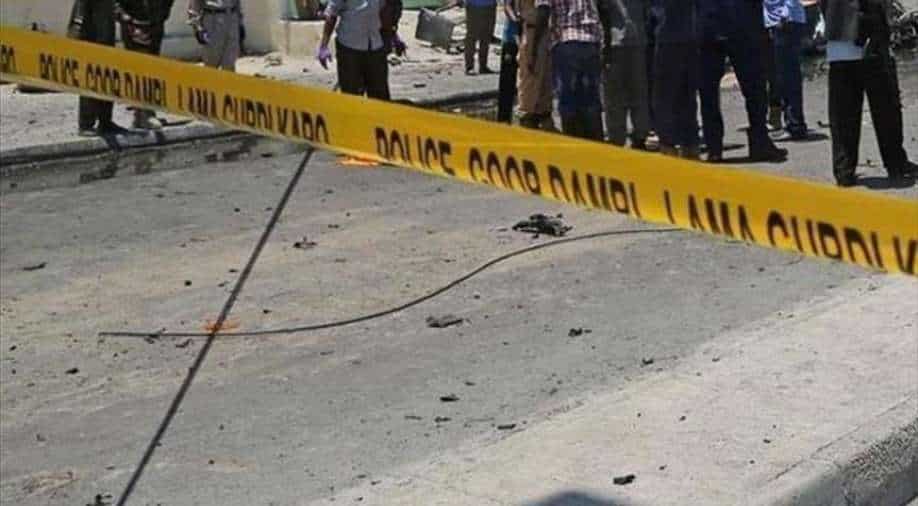 A senior state official and a mayor were among five people killed by a road mine in a restive anglophone region of Cameroon on Wednesday, local sources said.

"The convoy... was targeted in an attack by separatists who placed explosives" on the highway between Ekondo-Titi and Bekora in Southwest Region, a senior police officer said.

A local official said the deputy prefect -- the second highest local representative of the state -- and the mayor of Ekondo-Titi were among the dead.

The attack and the death of the two were confirmed by an official at the ministry of communication.

The other fatalities were a gendarme, a local leader in Cameroon's ruling party and the deputy prefect's driver, the local official said.

Cameroon has been torn by violence since October 2017 when militants declared an independent state in the Northwest and neighbouring Southwest Region, home to most of the anglophone minority in the majority French-speaking country.

The authorities responded with a crackdown, and a spiral of violence began that has claimed more than 6,000 lives and forced a million to flee their homes, according to the International Crisis Group (ICG) think-tank.

Eighty-percent of Cameroon's population of 24 million are French-speaking.

The presence of the large anglophone minority is a legacy of the colonial era.

The former German possession of Cameroon was partitioned after World War I between Britain and France.

In 1961, part of the British territory, the Southern Cameroons, joined Cameroon after it gained independence from France. Over the years, resentment brewed among anglophones over perceived discrimination in key areas, such as education and the judicial system.

But demands for change or a federated state were resisted by President Paul Biya, who at 89 has been in power for nearly 40 years.

The anglophone separatists call their entity the Federal Republic of Ambazonia, from the Ambas Bay on the coastline. It is not recognised internationally.

Monitors of the conflict say that atrocities and other abuses have been carried out by the security forces and the separatists alike.

In November 2021, four students and a teacher were killed in Ekondo-Titi when a secondary school was attacked by armed men.