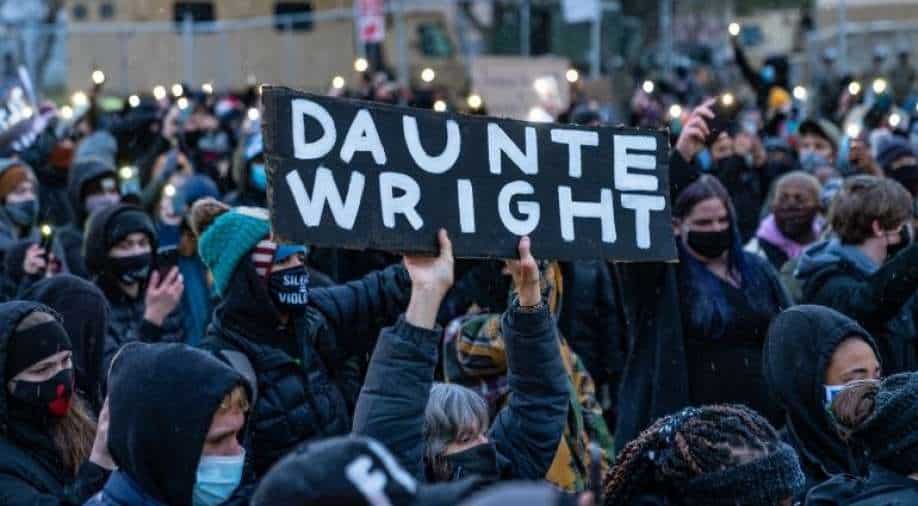 The 20-year-old was killed during what should have been a routine traffic stop, sparking anger and fresh protests against police brutality and racial injustice

High-ranking Congress member Maxine Waters called for an overhaul of policing in the United States as she joined the seventh consecutive night of protests in a Minneapolis suburb over the death of Daunte Wright, a young Black man shot dead by a white policewoman.

The 20-year-old was killed during what should have been a routine traffic stop, sparking anger and fresh protests against police brutality and racial injustice.

"Policing has got to be changed," Waters, chair of the House Committee on Financial Services, said Saturday shortly before the 11 pm curfew.

"We've got to reimagine how we can deal with the problems of our society, that young people and people of color in particular getting killed by police that we pay to protect and serve us."

Waters, a Democrat from California, was speaking to a crowd of nearly 300 people outside the Brooklyn Center Police Station.

Protesters have gathered every night since the killing of Wright in a neighborhood about 10 miles (16 kilometers) north of Minneapolis.

Unlike Friday night, when police in riot gear moved to disperse what was declared an unlawful demonstration and arrested at least 100 people — including some journalists — Saturday's gathering appeared to remain peaceful.

Protesters stood alongside the chain-link fence around the police station, chanting "Shut It Down" and waving "Black Lives Matter" flags, but did not appear to try to breach the barrier.

"I'm here because we are tired of police brutality. We are tired of seeing unarmed black men lose their lives for no reason," protester Joel Reeves told AFP.

Wright was shot dead in his car after police veteran Kim Potter mistook her Taser for a gun during a traffic stop caught on bodycam.

Potter was arrested Wednesday on manslaughter charges and faces up to 10 years in jail if convicted.

The previous evening, journalists covering the protest said police impeded their work and used pepper spray against some members of the media who had identified themselves as such.

The alleged mistreatment came despite a temporary restraining order signed earlier on Friday by US District Judge Wilhelmina Wright prohibiting the police from arresting journalists or targeting them with flash-bang grenades, non-lethal projectiles, riot batons and chemical agents including pepper spray.

"A free press is foundational to our democracy," he tweeted.

"I convened a meeting today with media and law enforcement to determine a better path forward to protect the journalists covering civil unrest."

Tensions are running especially high in Minneapolis this weekend with closing arguments expected Monday in the closely watched trial of Derek Chauvin, the white former police officer accused of killing George Floyd, a Black man, in the city last year.

Since then, fresh examples of police killings — including Wright's not far from the courtroom — have stoked more anger and protests.