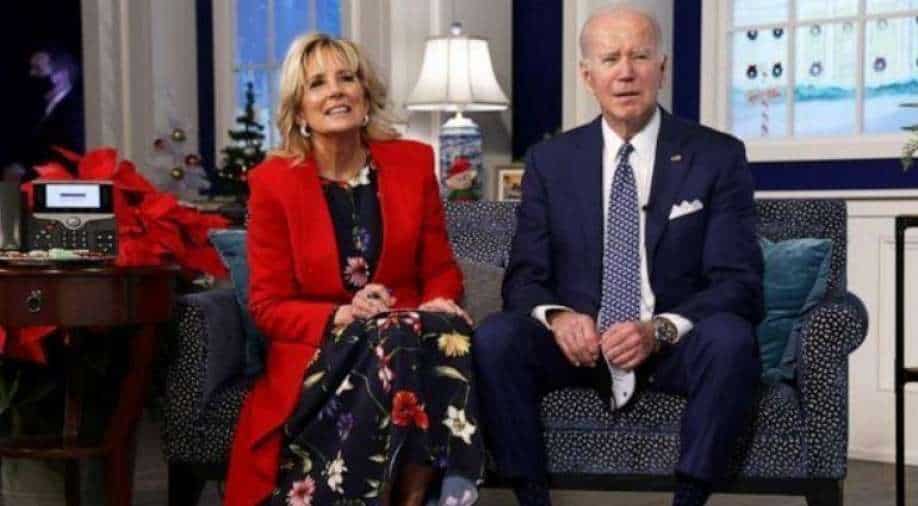 In this call, a parent named Jared was talking Joe Biden, and towards the end of this call he suddenly blurted out 'Merry Christmas and Let's Go Brandon'

What was supposed to be a phone call series for Christmas in White House soon became an awkward moment for Joe Biden as a caller blurted out a vulgar anti-Biden slogan.

The phrase 'Let's Go Brandon' is known as a cleaner version of 'F**k you Biden' and has been very popular in Trump supporters since the US election 2020. This phrase has become famous since the time when a television journalist had argued with a race car driver Brandon Brown that a crowd member was actually saying 'Let's go Brandon' when the person was shouting vulgar things.

The President of the United States (POTUS) and the First Lady (FLOTUS) Jill Biden were on calls for the North American Aerospace Defense Command Santa Tracker, which is an annual tradition and follows the progress of Santa’s reindeer-guided sleigh for millions of children around the country.

In this call, a parent named Jared was talking Joe Biden, and towards the end of this call he suddenly blurted out "Merry Christmas and Let's Go Brandon".

Surprisingly, Biden smiled and responded with the same slogan saying, "Let's go Brandon, I agree". Then, he proceeded to ask the caller if he was in Oregon but the call was disconnected by then.

While it is still not clear who the caller was, why did he say the slogan and why did Biden repeat it, Brandon Brown himself has expressed displeasure over his name being used as a slur in an anti-Biden campaign.

"I don’t want to be the substitute for a cuss word," he recently told The New York Times.

The former US President Donald Trump, too, had conducted these annual calls and had created quite some headlines, especially in 2018.