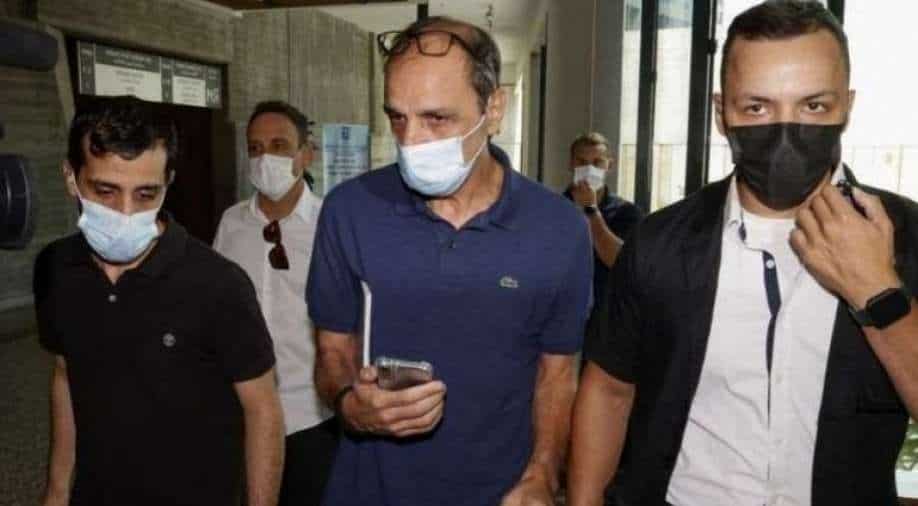 Shmuel Peleg, the grandfather of Eitan Biran, who was the sole survivor Photograph:( AFP )

A six-year-old boy, who was the sole survivor of a cable car crash, must be returned to Italy, ruled a judge in Israel. The child, who had lost his parents and two-year-old brother, has got embroiled in a bitter custody battle. The child's parents were Israeli nationals living in Italy

A six-year-old boy, who was the sole survivor of a cable car crash, must be returned to Italy, ruled a judge in Israel. He has got embroiled in a bitter custody battle.

The child, Eitan Biran, lost his parents, who were Israeli nationals living in Italy, and two-year-old brother in the aerial tramway crash in northern Italy in May.

Biran then lived with his paternal aunt in Pavia, Lombardy. He was then allegedly abducted by his maternal grandfather and taken to Tel Aviv in September.

On Monday, Judge Iris Ilotovich-Segal said that the child must be returned “to the place of his normal residence, which is Italy” and ordered his grandfather, Shmulik Peleg, to pay about €18,000 (£15,000) in expenses and legal costs.

After he was discharged from hospital in Turin in June, Eitan, who suffered injuries to his head and legs in the crash, went to live with his paternal aunt, Aya Biran-Nirko.

Soon after the tragedy, Biran-Nirko was granted temporary custody so that Eitan, who has an Italian and an Israeli passport, could continue to be given the necessary medical care.

The move was contested by relatives on his mother’s side in Israel. This led to the escalation of tensions between the two sides of the family.

The judge said Eitan’s removal from Italy was unlawful. It had violated the guardianship rights of his paternal aunt. The judge urged the family to reconcile. He said, “There is supreme importance in focusing on the medical and emotional condition of the minor and giving him the support, treatment and embrace he needs following the tragedy that befell him and his family.”