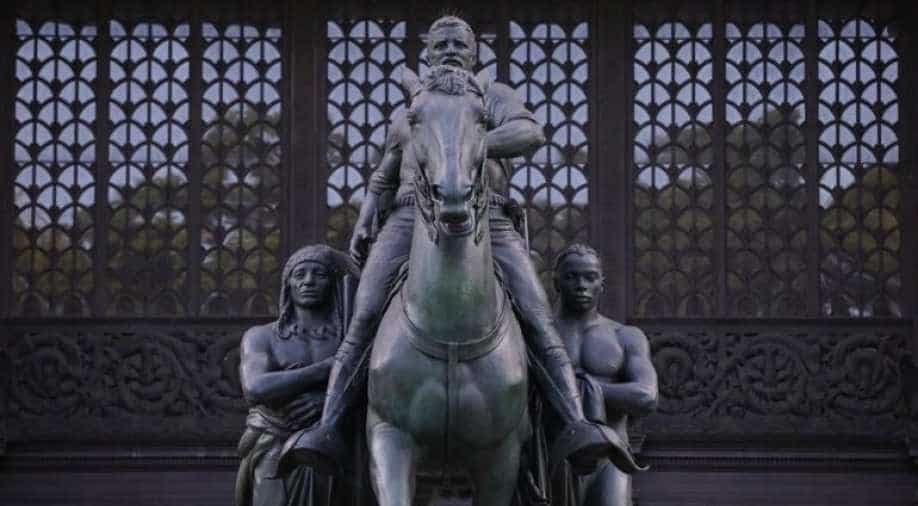 The bronze statue of 26th US President Theodore Roosevelt on horseback and flanked by an African American and a Native American is being taken down by the American Museum of Natural History from outside its main entrance where it was placed in 1940. 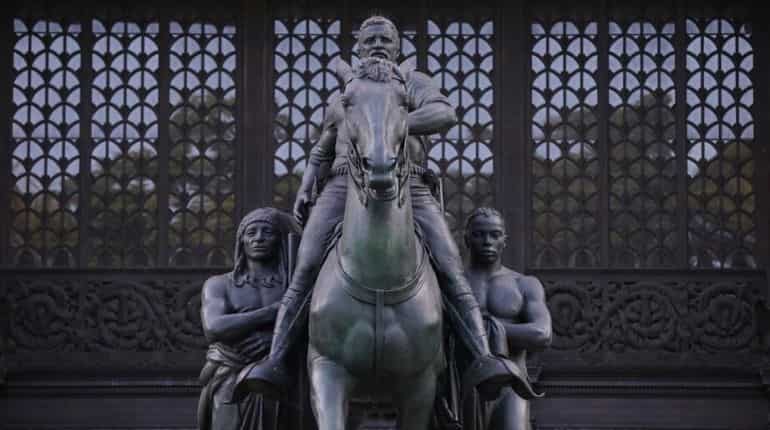 The decision came after several statues of colonial figures were brought down across the United States. These figures were linked to slavery and the dispossession of indigenous Americans and were being vandalized as the protests against racism continues to rage in the country.

Earlier, another US President, Ulysses S Grant's statue was taken down from San Francisco's Golden Gate Park. Grant led Union armies to victory in the civil war and as president fought the Ku Klux Klan. But before defeating the slave-owning Confederacy he married into a slave-owning family and briefly owned a slave himself.

In an interview with the New York Times, museum president Ellen Futter said:  "Over the last few weeks, our museum community has been profoundly moved by the ever-widening movement for racial justice that has emerged after the killing of George Floyd."

George Floyd was an African American, who was killed in Minneapolis after a police officer knelt on his neck for nearly nine minutes. His death sparked the rage of violent protests across the world. These protests were against such killings and all police brutality and systemic racism.

The statue of Theodore Roosevelt has been a target of the protestors and calls for it being taken down are been made for some time now as it depicts blacks and indigenous people to be inferior.

"We have watched as the attention of the world and the country has increasingly turned to statues as powerful and hurtful symbols of systemic racism," Futter said. "Simply put, the time has come to move it."

New York's mayor Bill de Blasio, who is a democrat, has said that the museum had asked to remove the statue "because it explicitly depicts black and indigenous people as subjugated and racially inferior. The city supports the museum’s request. It is the right decision and the right time to remove this problematic statue."

The great-grandson of the former president, Theodore Roosevelt IV is a museum trustee and he told the New York Times that he supports the decision.

“The world does not need statues, relics of another age, that reflect neither the values of the person they intend to honour nor the values of equality and justice,” he said. “The composition of the Equestrian Statue does not reflect Theodore Roosevelt’s legacy. It is time to move the statue and move forward.”

Ellen Futter said: “It’s very important to note that our request is based on the statue, that is the hierarchical composition that’s depicted in it."

"It is not about Theodore Roosevelt who served as governor of New York before becoming the 26th president of the United States and was a pioneering conservationist," she said.