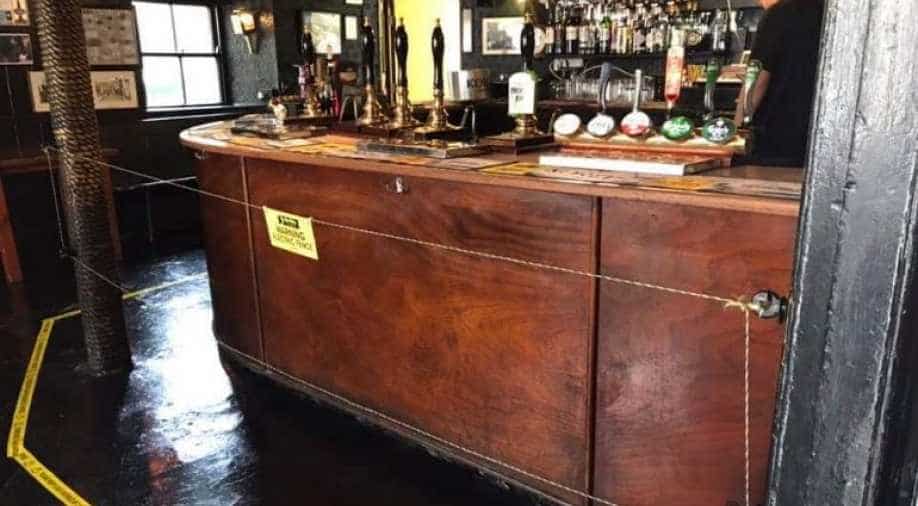 A pub in Cornwall, UK installed an electric fence to ensure people maintain social distancing, and that they stay away from the bartender

United Kingdom recently allowed businesses to resume activity after over three months of lockdown. As part of this move, pubs, hairdressers, and eateries have been allowed to reopen.

However, as experts warn of a harder second-wave of COVID-19 infections in autumn and the months following it, businesses are taking extra precautions to maintain social distancing.

Also read: Face coverings made mandatory in shops across England as risks of a second-wave intensify

A pub in Cornwall, UK installed an electric fence to ensure people maintain social distancing, and that they stay away from the bartender. This comes in after a police chief from the UK had said last week, “drunk people cannot socially distance”.

The owner of the pub spoke to CNN and told them how it was necessary to ensure distancing among people, especially considering drunk people are more susceptible to forgetting about the virus once they’re intoxicated.

The pubs had begun reopening in England just ten days ago, on July 4. Even then provisions were put in place to mandate social distancing. Additionally, all customers are required to hand over contact details in case contact tracing for COVID-19 is required.

According to McFadden, the pub owner, this move was necessary to “protect staff” and himself. UK today made face coverings compulsory across all supermarkets and shops, after it became the norm on public transport. However, the markets rule will come into effect only in August.

McFaden told CNN that he earlier intended to use a rope or a chain, but realised it would have no effect on drunk revellers.

However, the fence is usually turned off, but serves as a deterrent against people who may try to  flout social distancing norms under the influence of alcohol.

The owner called it “the fear factor”, and claimed that it had been working very well.

Even though pubs can legally remain open, many have shut down in view of the increasing risk and cases in the country.