British Airways cancels all Saturday flights from London's Heathrow, Gatwick after IT failure 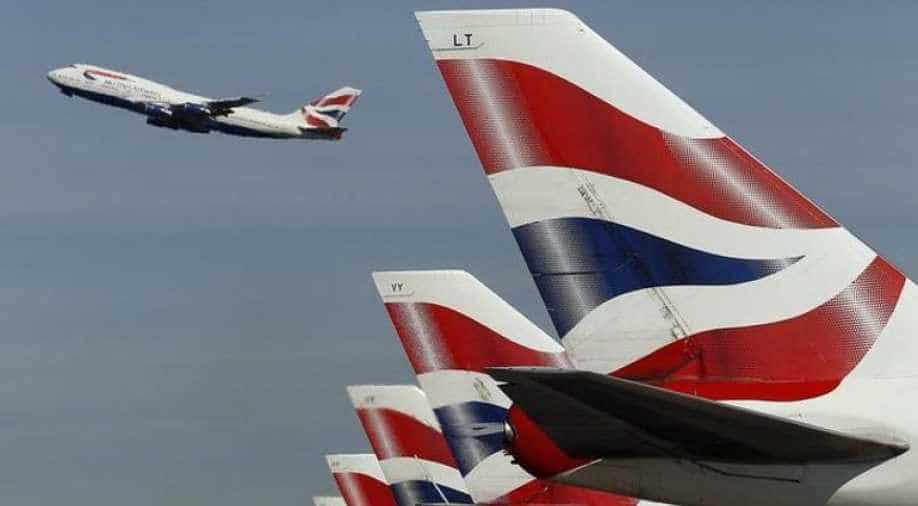 British Airways has cancelled all flights from Heathrow and Gatwick after IT failure. Photograph:( Reuters )

British Airways has cancelled all flights out of major London airports Heathrow and Gatwick for the rest of Saturday after an IT systems failure.

The airline had earlier said all flights from the two airports had been cancelled up to 6.00 pm (1700 GMT), but a spokesman later told AFP that all flights for Saturday had been grounded.

The latest IT failure comes just a few weeks after the ransomware attack which had paralysed Britain's health services for several hours.

We apologise for the current IT systems outage. We are working to resolve the problem as quickly as possible.

The airline said it had found "no evidence that it's a cyber attack".

"We have experienced a major IT system failure that is causing very severe disruption to our flight operations worldwide," BA said in a statement.

The airline had suffered previous IT glitches, with passengers hit by severe delays in July and September last year.

Distressed passengers immediately took to Twitter expressing their discomfort, several said that they were unable to check in or use the airline's app while others were left grounded on the tarmac.