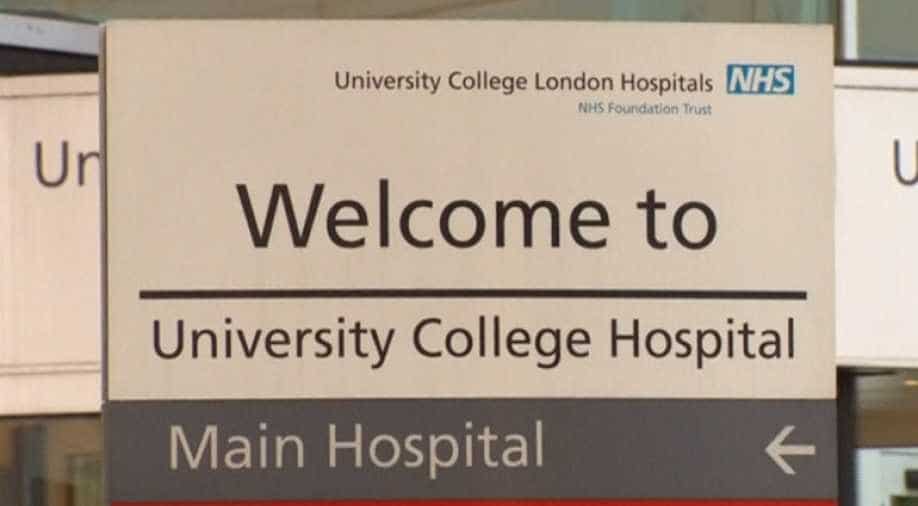 UK's national health service has been hit by a cyber attack. Photograph:( Reuters )

A number of hospitals have been hit by a large-scale cyber attack, NHS England has confirmed ||British hospitals said they were forced to divert emergencies on Friday due to the attack ||A number of Scottish health boards have been affected by potential cyber incidents

A huge cyber attack leveraging hacking tools widely believed to have been developed by the US National Security Agency brought disruption to Britain's health system on Friday and infected dozens of other countries around the world, security researchers said.

British based cyber researcher Chris Doman of AlienVault said the ransomware "looks to be targeting a wide range of countries", with preliminary evidence of infections from 14 countries so far, also including Russia, Indonesia and Ukraine.

Hospitals and doctors' surgeries in parts of England were forced to turn away patients and cancel appointments. People in affected areas were being advised to seek medical care only in emergencies.

"We are experiencing a major IT disruption and there are delays at all of our hospitals," said the Barts Health group, which manages major London hospitals. Routine appointments had been cancelled and ambulances were being diverted to neighbouring hospitals.

Around 1,000 computers at the Russian Interior Ministry have been affected by the huge cyberattack, a spokeswoman for the ministry told Interfax.

A source familiar with the matter told Interfax that the ministry did not lose any information in the attacks.

We are aware the NHS has experienced a major cyber attack, we are working with law enforcement and our advice will follow shortly!

A number of hospitals have been hit by a large-scale cyber attack, NHS England has confirmed. (Agencies)

FedEx said it was experiencing issues with some of its Microsoft Corp Windows systems in relation to a global cyber attack.

"Like many other companies, FedEx is experiencing interference with some of our Windows-based systems caused by malware," a spokeswoman said in a statement. "We are implementing remediation steps as quickly as possible."

A number of Scottish health boards have been affected by potential cyber incidents similar to those in England, Scotland's devolved government said on Friday.

The government was working to "isolate systems which have been affected by a Ransomware cyber-attack of the kind which has also affected health trusts in NHS England," it said in a statement, adding that First Minister Nicola Sturgeon would chair an emergency meeting shortly.

"We are taking immediate steps to minimise the impact of the attack across NHS Scotland and restrict any disruption," it added.

A spokesman for British Prime Minister Theresa May said she was being kept informed of the incident, which came less than four weeks before a parliamentary election in which national security and the management of the state-run National Health Service (NHS) are important campaign themes.

Prime Minister Theresa May said the attack is part of a wider "international attack".