Spy poisoning row: Britain has blamed us without any proof, says Russian ambassador to London 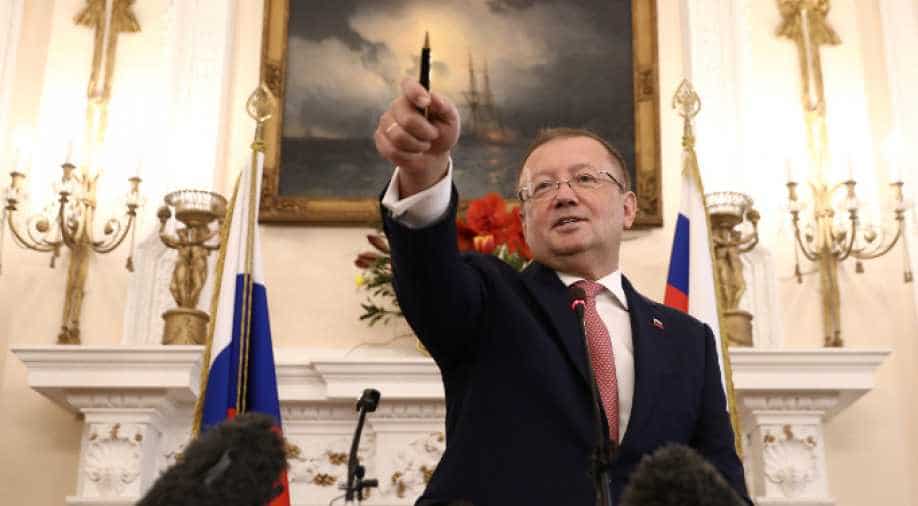 Yakovenko hit out at British foreign secretary Boris Johnson who compared Putin to Hitler while talking about the World Cup football to be played in Russia in July. Photograph:( Reuters )

As British PM Theresa May sought to unite the European Union leaders over the alleged poisoning of a former Russian spy, Russia's ambassador to Britain Alexander Yakovenko said charges against Moscow "haven't been proved".

"Britan has blamed us without any proof," the Russian ambassador said, adding,"charges against Moscow haven't been proved."

"Britain has without any evidence blamed Russia of poisoning of three people and continues to refuse to cooperate. We cannot accept that," the Russian ambassador said.

"Could it mean [the fact that British authorities managed to have access and identify the nerve agent so quickly after the attack] that it is highly likely that the British authorities already had this nerve agent in their chemical laboratory in Port Down, which is the largest secret military facility in the UK that he has been dealing with chemical weapons," the ambassador wondered.

Yakovenko hit out at British foreign secretary Boris Johnson who compared Putin to Hitler while talking about the World Cup football to be played in Russia in June.

"I am authorized to say that Moscow considers this kind of statements made under the level of the foreign secretary in any way unacceptable and totally irresponsible," he said.

The Russian ambassador sought to cool Britain's fears over its team's fate in the football World Cup saying,"They will be safe in Russia. All the necessary measures are being taken."

"I am sure that there will be full security," Alexander Yakovenko told a press conference at the London embassy.

The alleged poisoning triggered a diplomatic row between London and Moscow with tit-for-tat expulsions of diplomats on both sides.

"As a result of the irresponsible actions of the UK government, which led to an expulsion of 23 diplomats of the Russian embassy, including a number of consular section staff, the consular service for applicants has been seriously affected," the embassy wrote on Facebook.

US waded into controversy with President Trump pledging during a phone call with French president Macron on Wednesday that he would "take action to hold Russia accountable" for the poisoning, without giving further details.

Sergei Viktorovich Skripal an ex-Russian intelligence officer and his daughter Yulia were allegedly poisoned in Salisbury, UK, which led to a heated war of words between Russia and Britain escalating into a full-blown diplomatic war.