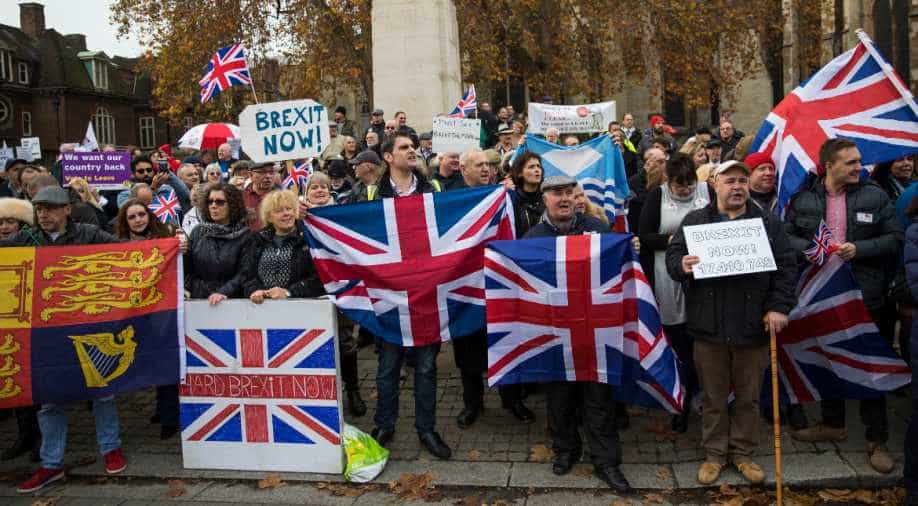 May aims to launch two years of EU departure negotiations when she triggers the Article 50 exit process by the end of March. Photograph:( Getty )

Britain warned Sunday it might undercut the EU economically if it cannot obtain both single market access and immigration controls, as Prime Minister Theresa May prepared her big Brexit strategy speech.

Britain would be forced to "change our economic model" in order to remain competitive if it is shut out from access to the single market, finance minister Philip Hammond said.

His intervention came as newspapers said May was planning a clean divorce from the European Union when she sets out her Brexit strategy in a major speech on Tuesday.

May aims to launch two years of EU departure negotiations when she triggers the Article 50 exit process by the end of March, although a legal challenge is still pending before the country's Supreme Court.

She has been under pressure to reveal her proposals for the talks that will establish the future relationship between Britain and the EU.

Matching reports in several weekly newspapers said she was prepared to accept a so-called "hard Brexit": pulling out of the single market, the European customs union and the European Court of Justice, in order to regain control of EU immigration.

Hammond, in an interview with Germany's Welt am Sonntag newspaper, said Britain could not compromise on the main message from the June referendum vote to leave the EU: stemming the flow of immigrants from the bloc.

EU citizens would be free to travel to Britain and do business there -- but the debate was over the right to work, settle and set up businesses, he said.

"Clearly we need people to come and work in our economy to keep it functioning," the chancellor of the Exchequer said.

But as for having no control, "that has to stop".

He hinted that London was ready to push through aggressive cuts to business taxes to ensure British-based firms remained competitive in the face of EU tariffs.

However, London would have to change course "if we are forced", in order to "regain competitiveness".

"The British people are not going to lie down and say, too bad," he said, adding "we could be forced to change our economic model and we will have to change our model to regain competitiveness. And you can be sure we will do whatever we have to do".

Opposition Labour leader Jeremy Corbyn told BBC television that the government's plans seemed like an unwise "recipe for some kind of trade war with Europe".

In Tuesday's speech, May will call for Britain to unite and get behind Brexit, pleading for an end to the "insults" and rancour between Leavers and Remainers, Downing Street said.

The speech would call on Britain to "set aside old divisions, and unite to make a success of Brexit", said May's office.

May has revealed little so far on her negotiating position.

The Sunday Telegraph quoted a government source as saying: "She's gone for the full works. People will know when she said 'Brexit means Brexit', she really meant it."

Hammond said he was expecting to start "substantive negotiations" just weeks after Article 50 is triggered.

"We are ambitious to do this as quickly as possible," he said, and "move seamlessly" to the new arrangement in 2019, though there could be an "interim period" before it kicks in.

Bookmakers believe May will not trigger Article 50 by the end of March. The Supreme Court is considering an appeal against an earlier ruling that she cannot do so without the assent of parliament in London.

The EU's chief Brexit negotiator Michel Barnier warned Saturday the bloc must be aware of the risk to financial stability during what are expected to be very tough talks with Britain.