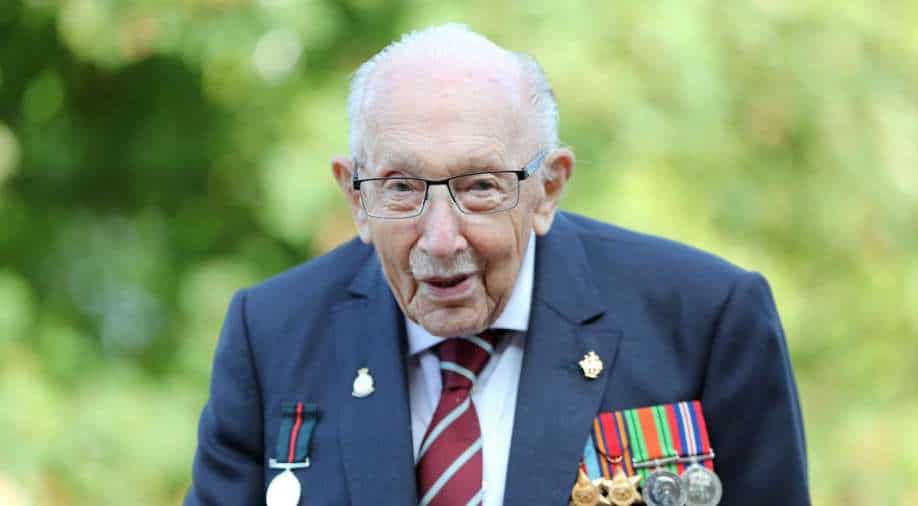 Soldiers formed a guard of honour at the small ceremony held by Moore's family at a crematorium in Bedford in central England.

Britain bid farewell on Saturday to Captain Tom Moore with a nationally televised funeral for the 100-year-old war veteran who became a global hero for his extraordinary fundraising efforts during the pandemic.

Soldiers formed a guard of honour at the small ceremony held by Moore's family at a crematorium in Bedford in central England.

Six soldiers from the Yorkshire Regiment, the successor to the one Moore served in during World War II, carried his coffin, draped with the Union Jack and his military cap and sword as 14 soldiers gave a firing salute.

Later a World War II plane was to perform a fly-past.

Moore died on February 2 after being treated for pneumonia and testing positive for Covid-19.

He raised nearly £33 million ($45 million, 37.4 million euros) for healthcare charities by completing 100 lengths of his garden before his 100th birthday in April last year.

The image of the stooped but dapper veteran, leaning on his walking frame and rarely seen without shining military service medals pinned to his blazer, and a regimental tie, was a rare good news story in a gloomy year.

Queen Elizabeth II knighted him in the summer of 2020.

His death was marked by a nationwide clap with Prime Minister Boris Johnson taking part and MPs bowing their heads in parliament.

His funeral was a more private affair, reflecting his family's wishes and the anti-virus restrictions in place.

Only his two daughters Hannah Ingram-Moore and Lucy Teixeira, four grandchildren and his sons-in-law attended.

Moore's performance of "You'll Never Walk Alone," a charity single that he recorded with Michael Ball, was played at the start of the ceremony.

His ashes were later to be interred in a family plot in his native Yorkshire in northern England, with his parents and grandparents.

The family set up an online book of condolences that gathered thousands of messages.

"RIP Captain Sir Tom. Truly a life well lived and an inspiration to us all -- shining a light in very dark days," wrote Debbie Mather

"Your courage and determination to reach your goal and the money you raised for the NHS was unbelievable," wrote Sandra Norbrun.